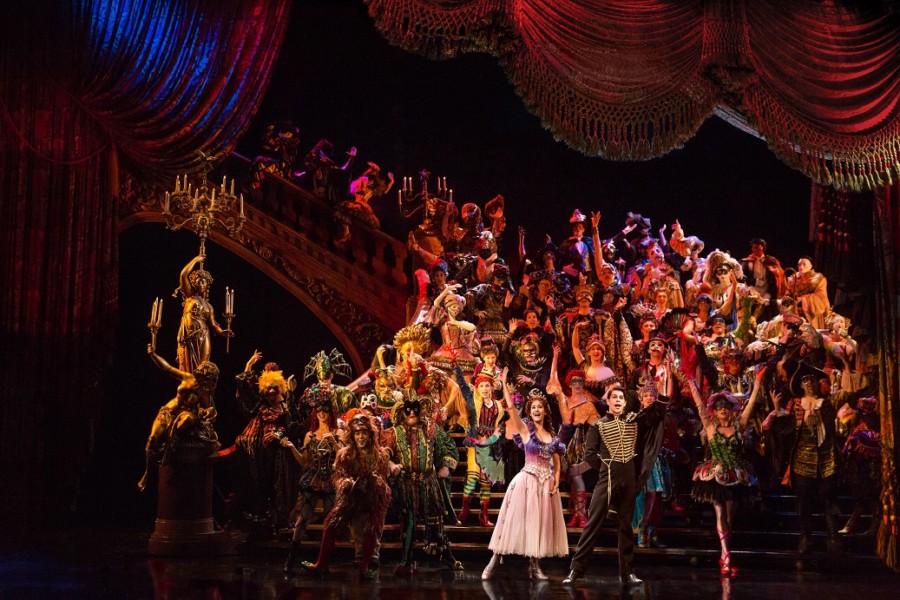 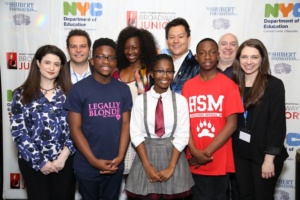 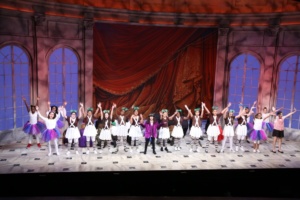 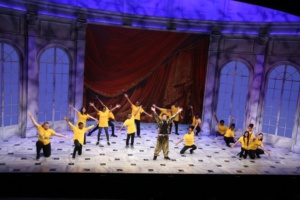 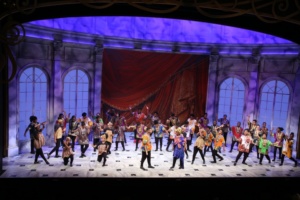 “The program’s impact is truly seen as participating schools are using theater education positively to affect their school cultures for both students and faculty,” said Anna Commitante, Senior Executive Director, Curriculum, Instruction & Professional Learning for the NYC Department of Education.  “We are grateful to The Shubert Foundation for its ongoing partnership to provide hundreds of students with unique opportunities to express themselves creatively, collaborate and work towards a common production and learn skills that transcend the stage. On behalf of Chancellor Carranza and the NYC Department of Education, we applaud the students participating in this year’s Broadway Junior Student Finale.” 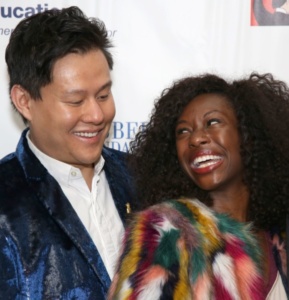 Michael I. Sovern, President of The Shubert Foundation, stated, “Every year, the Broadway Junior celebration is a joyful burst of youthful talent and energy that lights up Broadway. The long-running success of this program clearly demonstrates the value of The Shubert Foundation’s ongoing support for arts education programs in our New York City public schools.” 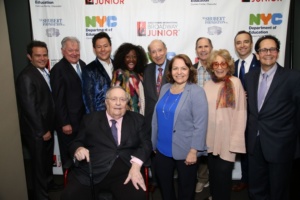 “I am enormously gratified, along with Team MTI to witness how this program has matured and expanded over 13 years. The unanticipated long term impact on the students, schools and local communities has gone beyond what any of us could have envisaged as the participating students are learning life skills, indispensable to their futures. These include the ability to collaborate, follow direction and instruction, practice self-discipline and work ethics, and use their imaginations while honing their verbal communication skills and developing social skills which will serve them well in navigating life. These are the great gifts to give a new generation, critical for success, and generally atypical of traditional curricula,” said Freddie Gershon, Co-Chairman of MTI who conceived the Broadway Junior Musicals Program.

Since 2005, The Shubert Foundation has provided more than $4.7 million to the New York City Department of Education for Arts Education/Theatre programs. This year marks the Foundation’s 13th year providing funds for The Shubert Foundation/MTI Broadway Junior program which was founded during the 2005-2006 school year. To date, 90 schools and more than 11,000 students have participated in the program. Currently 80 schools are involved in the program.

The Shubert Foundation, Inc. is the nation’s largest private foundation dedicated to unrestricted funding of not-for-profit theatres, with a secondary focus on dance. In 2017, the Foundation provided more than $26.8 million to 533 not-for-profit performing arts organizations across the United States. The 2017 grants marked the 35th year in a row that the Foundation’s giving has increased. The Shubert Foundation, Inc. was established in 1945 by the legendary team of brothers, Lee and J.J. Shubert, producers of more than 520 plays, musicals and revues, as well as owners and operators of a nationwide network of legitimate theatres. For more information, visit www.shubertfoundation.org

Music Theatre International (MTI) is one of the world’s leading theatrical licensing agencies, granting theatres from around the world the rights to perform the greatest selection of musicals from Broadway and beyond. Founded in 1952 by composer Frank Loesser, and orchestrator Don Walker, MTI is a driving force in advancing musical theatre as a vibrant and engaging art form.  MTI works directly with the composers, lyricists and book writers of these musicals to provide official scripts, musical materials and dynamic theatrical resources to over 70,000 professional, community and school theatres in the US and in over 60 countries worldwide.  MTI is particularly dedicated to educational theatre, and has created special collections to meet the needs of various types of performers and audiences. MTI’s Broadway Junior™ shows are 30- and 60-minute musicals for performance by elementary and middle school-aged performers, while MTI’s School Editions are musicals annotated for performance by high school students.  MTI maintains its global headquarters in New York City with additional offices in London (MTI Europe) and Melbourne (MTI Australasia). For more information, visit www.mtishows.com.

The New York City Department of Education is the largest system of public schools in the United States, serving about 1.1 million students in more than 1,750 schools. The Department of Education supports universal access to arts education through the ArtsCount initiative, which tracks and reports student participation in arts education and holds schools accountable for meeting New York State Instructional Requirements for the Arts. For more information, visit  http://schools.nyc.gov/offices/teachlearn/arts/index2.html. 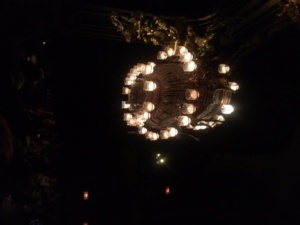 This morning leading NYC arts education nonprofit Inside Broadway (Executive Director, Michael Presser) and the Broadway production of The Phantom of the Opera presented a special Creating the Magic program offering an exclusive, behind-the-scenes look at Broadway featuring the Phantom Broadway cast & production crew. These exclusive 70-minute programs will be offered to over 2,500 NYC public school students at the Majestic Theatre on 5/22 at 11:00am and 2:00pm. Since 1982, Inside Broadway has impacted the lives of nearly one million New York City public school students with its one-of-a-kind theatre arts and education programs that enrich, educate and foster new generations of theatergoers. 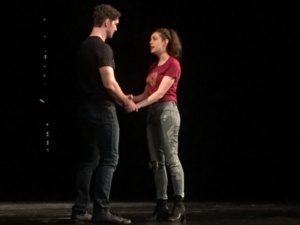 Providing a truly unique experience, on 5/22, Inside Broadway’s Creating the Magic program was presented to thousands of New York City public school students who will get a behind-the-scenes look at the inner world of Broadway and learn about career opportunities in the theater. From exciting set, lighting, sound & prop demonstrations, musical performances from the cast and a Q&A session, attendees will have an exclusive look at a Broadway show featuring members of The Phantom of the Opera cast and production crew. 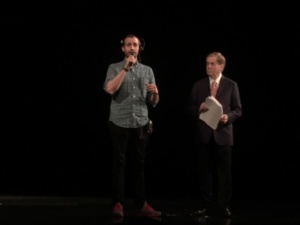 “It’s a great honor to be able to present this long-running & classic Broadway production in our Creating the Magic series” says Inside Broadway’s Executive Director Michael Presser.

Celebrating an unprecedented 30 years, The Phantom of the Opera is the longest-running show in Broadway history. Based on the 1910 novel by Gaston Leroux, which has been adapted into countless films, The Phantom of the Opera follows a deformed composer who haunts the grand Paris Opera House. Sheltered from the outside world in an underground cavern, the lonely, romantic man tutors and composes operas for Christine, a gorgeous young soprano star-to-be.  Audiences agree, having packed houses for over 12,500 performances – and no end in sight.