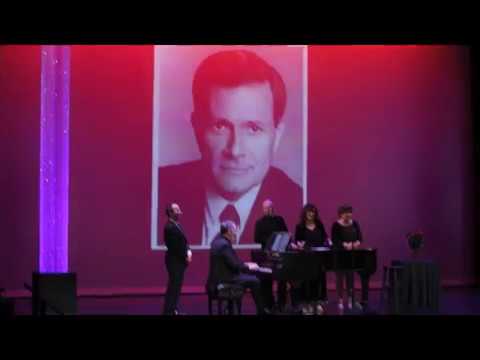 On February 3rd at the Lunt-Fontanne Theatre Tony Award winning composer and lyricist Jerry Herman will be honored. Herman passed away on December 26th at age 88.

Herman was nominated for five Tony Awards, winning twice, for Hello, Dolly! and La Cage Aux Folles. From February to May 1969 he had 3 original productions open on Broadway at the same time.

His show Mack and Mabel will be opening the Encores season. Relive Herman’s timeless score which includes the beloved ballads, “Time Heals Everything” and “I Won’t Send Roses,” Feb 19 – 23.