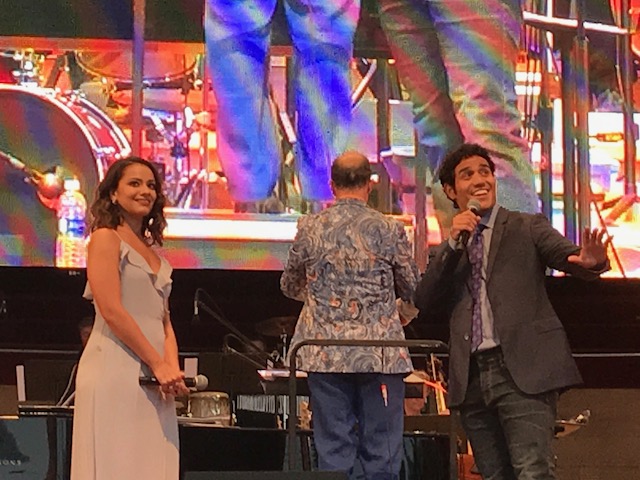 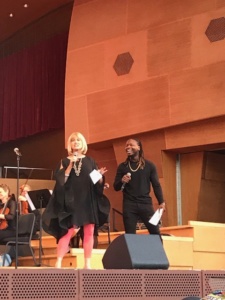 To paraphrase a lyric from an Annie song, the sun certainly did come out to enhance the Chicago Department of Cultural Affairs & Special Events and Broadway in Chicago’s annual Summer Concert.  After sitting through the last two years of event day rainfall, this year’s night could not have had more agreeable weather. The evening was hosted by ABC 7 Chicago’s Janet Davies and direct from the Chicago cast of Hamilton, actor Chris De’Sean Lee. 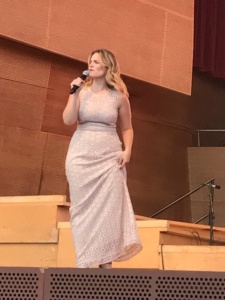 The capacity crowd audience was made up of Broadway show tune fans, from novice to aficionado, all treated to selections from the next ten musicals scheduled to play the Windy City. The Jay Pritzker Pavillion in Millennium Park stage was graced with talented cast members direct from the Great White Way performing selections from the shows that will soon be playing the stages of the Private Bank, Oriental, Cadillac Palace and Broadway Playhouse at Water Tower Place Theaters. 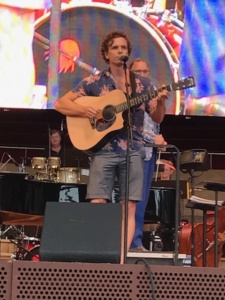 The concert began with the National Anthem performed by 2017 Illinois High School Musical Theatre Award winners, Carly Meyer and Justin Smusz, both with promising futures in the performing arts ahead. Highlights from the free concert included a medley of Jimmy Buffett hits from the Pre-Broadway Engagement of Escape to Margaritaville, which will be playing the Oriental Theatre in November, before heading off to New York in the new year. Cast members Paul Alexander Nolan, Andre Ward, Keely Hutton and Rema Webb entertained with several popular “parrot-head” hits. The audience singing along with the “salt, salt, salt” portion of the title track. 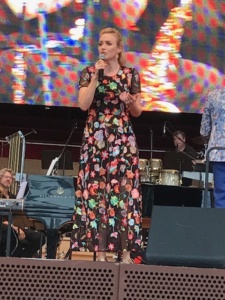 Spending her day off from currently playing Jenna in Waitress at the Brooks Atkinson Theatre in New York, actress Betsy Wolfe, adorned in a floral print dress, flew in for the day to croon the show’s signature eleventh hour power ballad “She Used To Be Mine.” I saw the show myself in New York with Grammy nominee and the show’s score writer, Sara Bareilles, in the lead. This beautiful story and its lyrical and lovely score will be performed in its entirety during the national tour, set to play Chicago next summer.

Three hit shows that have played Chicagoland before are all on their way back this fall. Les Miserables, represented handsomely by John Rapson,  Beautiful – The Carole King Story from which Sarah Bockel belted “I Feel The Earth Move” and Douglas Carpenter & Jacob Heimer sang “You’ve Lost That Lovin’ Feeling” and toe tapping hit Motown from which J. Daughtry and Moeisha McGill sign, sealed and delivered on “Dancing In The Street” and “Get Ready.” This trio of shows are guaranteed returning crowd pleasers. 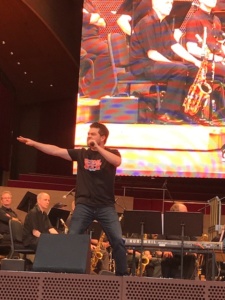 Sir Andrew Lloyd Webber has two musicals headed out way as well.  The first is the national tour of the School of Rock , with Chicagoan Jonathan Wagner wailing “When I Climb to the Top of Mount Rock” in early November and the second the Pre-Broadway tour and sequel to massive hit, The Phantom of the Opera, titled Love Never Dies.  A brief video package showed opulent sets and sumptuous costuming, while Gardar Thor Cortes sang a selection from the show. Set a decade after Phantom ended, Christine and her son once again answer the call of the “Music of the Night.” Timed to play around Valentines, this looks to be a potential romantic hit. 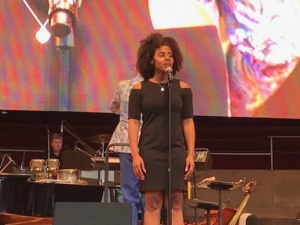 Inspired by the lavender nail polish and purple lipstick worn on performer Martina Sykes, The Color Purple’s “I’m Here” a song about self-discovery, self-worth and self-esteem played to thunderous applause.  Speaking of applause, the cast of Aladdin has spent the last few months receiving nothing but standing ovations from enthused Chicago audiences. Now playing through September 10, 2017, the bright white smile of Adam Jacobs and his Princess Jasmine costar, Isabelle McCalla performed the duet “A Whole New World” to the captivated crowd. 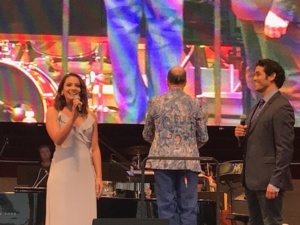 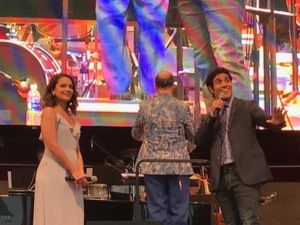 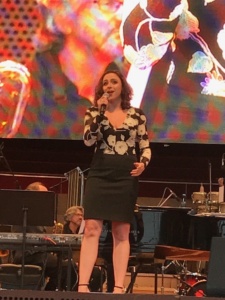 The final show represented at the concert defied the odds while it continues to “defy gravity.” Yes, Wicked is on its way back to Chicago just in time for the winter holidays. This Grammy and Tony Award-winning hit musical has a long history here in Chicago, currently holding the record for the longest running Broadway musical in Chicago’s theatre history. Current Broadway understudy, Olivia Polci, concluded the concert singing Elphaba’s “The Wizard and I.” No word about casting yet, however the exploits of Elphaba, Galinda and the gang will most certainly play to sell out crowds in December and January.  Something tells me there will be many a Christmas stocking filled with tickets to this returning smash. 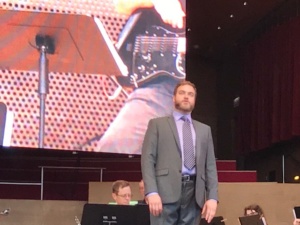 Pritzker Pavillion was packed with prestige and more than a little pageantry as Broadway in Chicago once again successfully whetted the appetites of thousands of voracious theater goers. A cornucopia of classics, contemporary hits and pre-Broadway tryouts are certain to entertain. As always, I will see you at the theater. 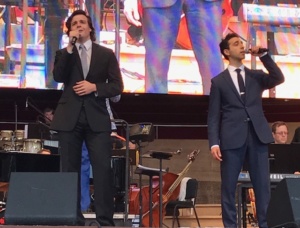 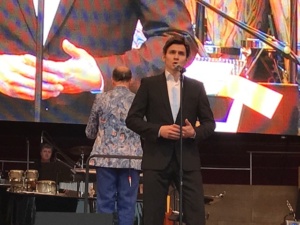 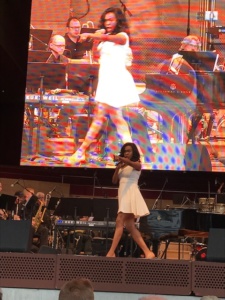 Robert MassimiOctober 5, 2021
Read More
Scroll for more
Tap
The Suitcase Under the Bed Shows Love in Many Formats
Time To Bless The New Year of Theatre