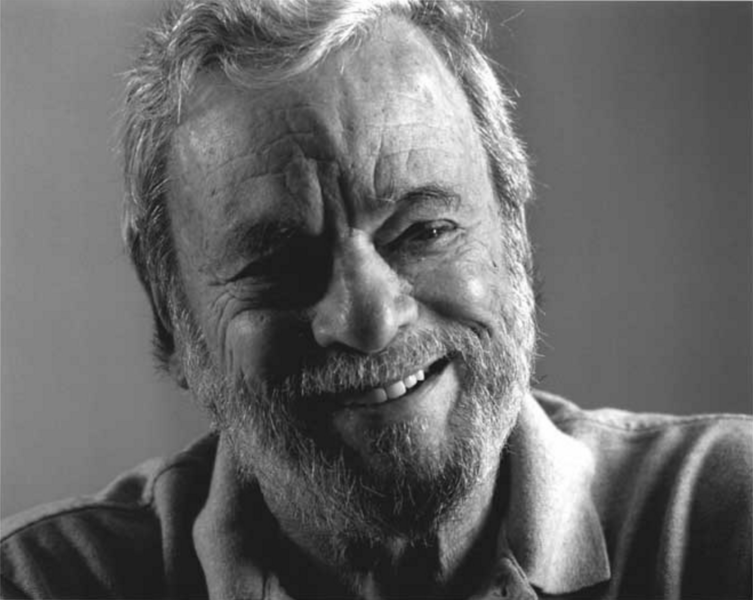 The first time I learned of Stephen Sondheim was when I was taken to see Company, then Follies, then A Little Night Music and I fell in love. A friend presented me with the album Sondheim: A Musical Tribute. I absorbed that album with a flourish. I was taken to see a rehearsal of the new play Twigs and memorized the incidental song. It was written by Sondheim.

I have always equated Sondheim as the innovator of a new form of musical theater, one that hooked me in an instant and grasped me forever into its world.

Stephen Sondheim was honored with an Academy Award, 8 Tony Awards, and 8 Grammy Awards. He also received the Pulitzer Prize for Drama for Sunday in the Park with George (1985, shared with James Lapine) and was honored with the Kennedy Center Honors, Lifetime Achievement (1993). In November 2015, Sondheim was awarded the Presidential Medal of Freedom by President Barack Obama in a ceremony at the White House as well as many more accolades.

Sondheim founded the Young Playwrights Inc. in 1981 to introduce young people to writing for the theatre, and is the organization’s executive vice-president. The Stephen Sondheim Center for the Performing Arts, at the Fairfield Arts and Convention Center in Fairfield, Iowa, opened in December 2007 and gave back to so many.

Sondheim was introduced professionally to the theatrical world at the age of twenty-five, when he was chosen by Leonard Bernstein to write the lyrics for West Side Story (1957). After his initial success on Broadway as a lyricist, he asked friend Burt Shevelove if he had an idea for a show. Shevelove suggested doing some of Plautus’s plays as a musical, and A Funny Thing Happened On The Way To The Forum was on its way to creation.

Forum was interrupted when Sondheim accepted an invitation to write the lyrics to Jule Styne’s music for Gypsy (1959). After the triumph of that show, Forum was finally completed (1962) and became the first produced musical for which Sondheim wrote both words and music.

Next the experimental Anyone Can Whistle (1964), which lasted only nine performances but quickly became a cult favorite.

Do I Hear A Waltz? (1965), Sondheim again wrote the lyrics to Richard Rodgers’s music. It was his last lyric only show.

Off Broadway Assassins opened off-Broadway at Playwrights Horizons on December 18, 1990. The show eventually received a Broadway production in 2004.

Saturday Night was shelved until a 1997 production in London. The following year, its score was recorded and a revised version, with two new songs, ran off-Broadway at Second Stage Theatre in 2000.

During the late 1990s, Sondheim brought in Wise Guys, renamed Bounce in 2003, it was produced at the Goodman Theatre in Chicago and the Kennedy Center in Washington, D.C., in a production directed by Harold Prince, his first collaboration with Sondheim since 1981. Bounce never reached Broadway, a revised version opened off-Broadway as Road Show at the Public Theater on October 28, 2008.

An avid fan of games, in 1968 and 1969 Sondheim published a series of Cryptic crossword puzzles in New York magazine. The Last of Sheila, was an intricate whodunit written with longtime friend Anthony Perkins. The 1973 film, featured Dyan Cannon, Raquel Welch, James Mason, James Coburn and Richard Benjamin. Sondheim and Perkins then went on to try to collaborate together again two more times, but the projects were ultimately unrealized.

Sondheim tried playwriting one more time, collaborating with Company librettist George Furth on Getting Away with Murder in 1996, but the unsuccessful Broadway production closed after 29 previews and 17 performances.

His compositions are included a number of film scores, including the 1961 “West Side Story”. Among them a set of songs written for Warren Beatty’s 1990 film version of Dick Tracy. One of Sondheim’s songs for the film, “Sooner or Later (I Always Get My Man)”, sung in the movie by Madonna, won him an Academy Award. In 2007 “Sweeney Todd: The Demon Barber of Fleet Street” (2007) with Johnny Depp as the murderous barber, and Helena Bonham Carter the woman who is in love with him. “Into the Woods“, with Meryl Streep captured a new audience. Best Worst Thing That Ever Could Have Happened” (2016) Lonny Price’s documentary about the original production of “Merrily We Roll Along”. And soon to be, the new “West Side Story”.

After he was mentored by Oscar Hammerstein II Sondheim returned the favor, with composer-lyricist Adam Guettel (son of Mary Rodgers and grandson of Richard Rodgers), Jonathan Larson and Lin-Manuel Miranda.

The music and lyrics on Broadway are now just a little less tuneful and smart.