Broadway is Headed to the Small Screen 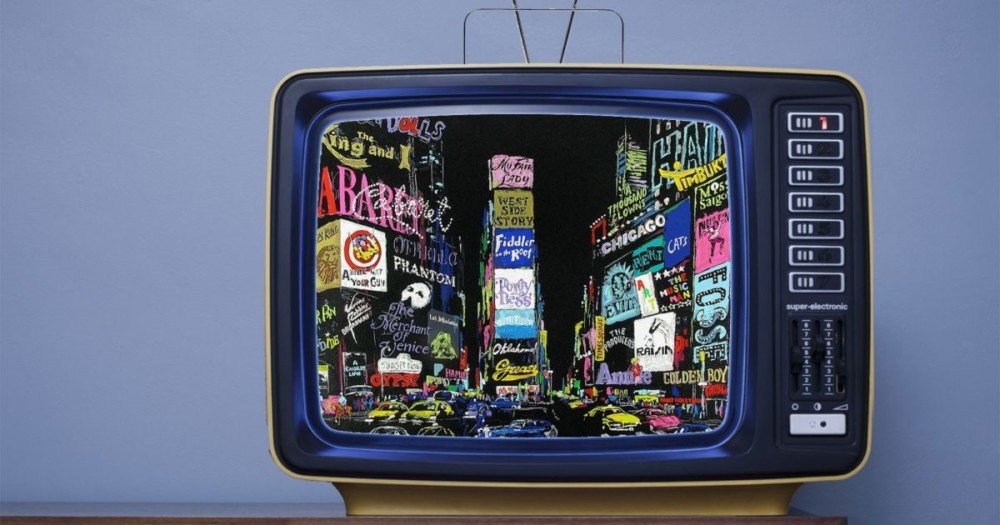 Broadway is Headed to the Small Screen

Television land is drawing from some of Broadway’s biggest stars and some of it’s stars use to be on Broadway. Here is a list alphabetically of who you can see in the privacy of your home.

Jane Levy (Suburgatory), Skylar Astin (Crazy Ex-Girlfriend, Ground Floor), Alex Newell (Glee), Mary Steenburgen (The Last Man on Earth), Peter Gallagher (The O.C., Covert Affairs), John Clarence Stewart (Luke Cage), Carmen Cusack (Sorry for Your Loss) all star on Zoey’s Extraordinary Playlist, on NBC. Date to be announced. Zoey Clarke is a whip-smart computer coder forging her way in San Francisco. After an unusual event she starts to hear the innermost wants and desires of the people around her through songs. At ﬁrst, she questions her own sanity but soon realizes this unwanted curse may just be an incredibly wonderful gift.

When the patriarch of a mega-rich Southern family (famed for creating a wildly successful Christian television network) dies in a plane crash, his wife and family are stunned to learn that he fathered three illegitimate children, all of whom are written into his will. Kim Cattrall (Sex and the City), Gerald McRaney (This Is Us), Aubrey Dollar (Battle Creek), Corey Cott (Newsies), Mark L. Young (The Comeback), Steven Pasquale (Rescue Me) all star in Filthy Rich on Fox. This midseason replacement has yet to have released a date.

When former Princeton music professor Arthur Cochran unexpectedly stumbles into choir practice at a small-town church, he finds a group of singers that are out of tune in more ways than one. Despite the ultimate clash of sensibilities, Arthur and his newfound cohorts may just be the perfect mix of individuals to help each other reinvent and rediscover a little happiness, just when they all need it most. Bradley Whitford (The West Wing), Anna Camp (Pitch Perfect), Tymberlee Hill (Marry Me), Rizwan Manji (The Magicians), Will Greenberg (Wrecked), Geno Segers (Banshee), newcomer Spencer Allport all star in Perfect Harmony on September 26th.

Known for originating the role of Lorrell Robinson in Dreamgirls) Lorette Devine joins ABC ‘s series Black-ish for their sixth season. Devine will play Lynette, whose surprise engagement to Pops shocks the Johnson family.
Look for this show to premire September 24

Season two of ABC’s Single Parents premiers September 24th. The show stars Hamilton alumni Taran Killam as Will Cooper, the single parent looking to rediscover who he is outside of fatherhood. Leighton Meester, Kimrie Lewis, and Brad Garrett co-star.

On September 23rd look for Tony winners Lindsay Mendez (Carousel) and Ruthie Ann Miles (The King and I) in the new CBS series All Rise starring Simone Missick. This legal drama, takes an in-depth look at the lives of the workers of the court system, including judges, lawyers, clerks, bailiffs, and officers and also stars Marg Helgenberger and Ahmad Dugas.

The Roseanne spin-off The Connors, brings Laurie Metcalf and John Goodman back to the small screen. The original series was left to re-brand due to Roseanne Barr, now in it’s second year Sara Gilbert, Alicia Goranson, and Michael Fishman return on September 24th.

The Politician is an upcoming series created by Ryan Murphy, Brad Falchuk, and Ian Brennan that is set to premiere on Netflix on September 27th. The Politician is set to revolve around “the politician aspirations of Ben Platt’s character Payton Hobart, a wealthy Santa Barbarian. Every season will revolve around a different political race his character is involved in. Look for Gwyneth Paltrow, Jessica Lange, Zoey Deutch, Lucy Boynton, Dear Evan Hansen alum Laura Dreyfuss, with Bette Midler, Judith Light and Barbra Streisand to guest star.

On August 14th on the OWN channel David Makes Man premired.Created by Choir Boy playwright and Oscar winning writer of Moonlight Tarell Alvin McCraney, David Makes Man chronicles the life of 14-year old David as he struggles coping with grief and fitting in to his surroundings while his mother Gloria, a recovering drug addict, works to provide him the best life possible. Isaiah Johnson (The Color Purple), Tony winners Phylicia Rashad (A Raisin in the Sun) and Ruben Santiago-Hudson (director Jitney) and Ade Chike Torbert (Fela!’s) star.

British theatre actor Michael Sheen (Masters of Sex), Tom Payne (The Walking Dead), Bellamy Young (Scandal), Lou Diamond Phillips (Longmire), Halston Sage (The Orville), Keiko Agena (Gilmore Girls), Aurora Perrineau (Chasing Life), Frank Harts (The Path, Billions) on Fox starting September. 23. Malcolm Bright knows how killers think. Why? His father was one of the best, a notorious serial killer called “The Surgeon.” That’s why Bright is the best criminal psychologist around; murder is the family business. He uses his twisted genius to help the NYPD solve crimes, while dealing with a somewhat manipulative mother, an annoyingly normal sister, a homicidal father still looking to bond with his prodigal son and his own constantly evolving neuroses.

Based on the Stumptown graphic novel series, the show follows Dex Parios as a strong, assertive, and sharp-witted army veteran with a complicated love life, gambling debt, and a brother to take care of in Portland, Oregon. Her military intelligence skills make her a great P.I., but her unapologetic style puts her in the firing line of hardcore criminals and not quite in alliance with the police. Cobie Smulders (How I Met Your Mother), Jake Johnson (New Girl), Michael Ealy (Secrets and Lies, Almost Human), Camryn Manheim (The Practice), Adrian Martinez (No Activity), Cole Sibus, Tantoo Cardinal star on ABC September 25th.

In Uninsured young parents Dave and Rebecca are ready to reclaim their life after years of diapers and sleepless nights. However, things take an unexpected turn when Dave’s parents show up unannounced and broke. Adam Pally (Happy Endings), Abby Elliott (Saturday Night Live), Steven Weber (13 Reasons Why), Fran Drescher (The Nanny) all star. This midseason replacement has yet to have released a date.