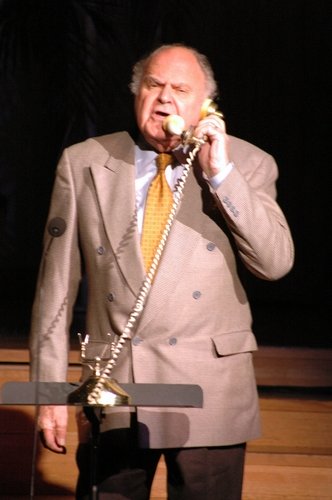 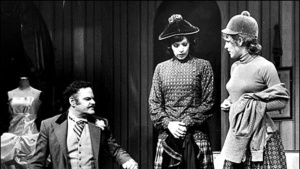 Broadway’s George S. Irving died on December 26th at 94. Irving won a Tony in 1973 for Irene, which starred Debbie Reynolds and featured Carrie Fisher in the chorus. He also won a Tony nomination for in 1987’s Me and My Girl. Irving performed in 32 Broadway shows including The Pirates of Penzance, On Your Toes, The Happy Times, I remember Mama, Irma La Douce, Once in a Lifetime, Can-Can and Gentlemen Prefer Blondes. Iriving won a Drama Desk award in 1972 for An Evening With Richard Nixon and…….. 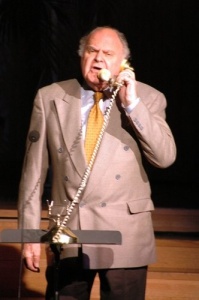 Irving appeared off-Broadway in 2008 in the acclaimed Enter Laughing at the York Theatre. That same year he was also honored with the 17th Oscar Hammerstein Award for Lifetime Achievement in Musical Theatre. 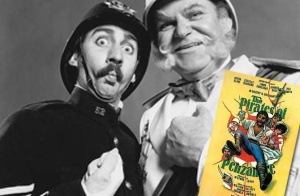 Born to Abraham and Rebecca Shelasky, as George Irving Shelasky in Springfield, Massachusetts on November 1, 1922. A boy soprano in his youth, Irving made his Broadway debut in the original 1943 production of Oklahoma!. He was then drafted to serve in the second World War. 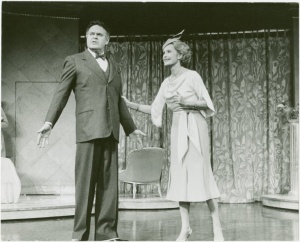 By 1973 Irving was an established as a veteran character actor, seen on television sitcoms such as Car 54, Where Are You?, The Patty Duke Show and All In The Family; he had a run on the soap opera Ryan’s Hope.

Irving was married to the actress Maria Karnilova, who created the role of Golde in Fiddler On The Roof, from 1948 until her death in 2001. 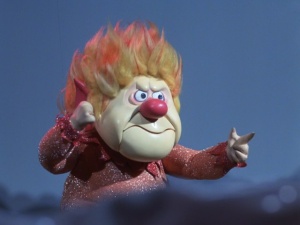 As a voice actor, Irving’s credits on animated shows included King Leonardo and His Short Subjects, Underdog, The Year Without A Santa Claus and A Miser Brothers’ Christmas. In the early 1970s he was familar as the face of White Owl cigars.

Irving performed a solo cabaret show in 2008 and that year received the Oscar Hammerstein Award for Lifetime Achievement in Musical Theatre.

Irving is survived by their son, Alexander, daughter, Katherine and three grandchildren.