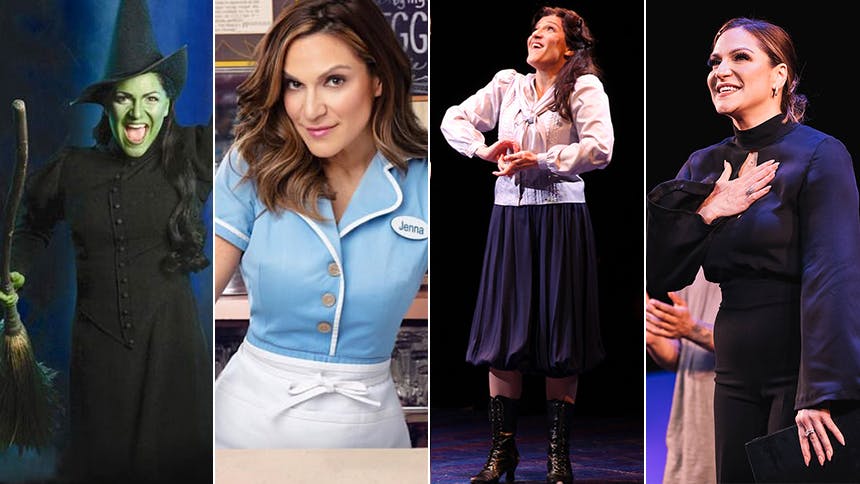 Tony® Award-nominated singer and performer Ramin Karimloo releases his second full-length album, From Now On, via Sony Masterworks Broadway. This 12-song collection features fusions of styles incorporating Hamilton, Frozen, and Dear Evan Hansen to classics such as Hedwig and the Angry Inch, Rent and The Last Five Years.

The singer most recently performed alongside Barbra Streisand, joining the legendary icon onstage for a duet at her July show in London’s Hyde Park.  He has also joined the cast of the hugely popular BBC One medical drama series Holby City.

Ramin is best known for his immortalization of the role, in the Phantom of The Opera, Love Never Dies, Les Misérables and Hamilton, Frozen, and Dear Evan Hansen to classics such as Hedwig and the Angry Inch and The Last Five Years, Anastasia.

Austin McCormick invites you to fall down a Baroque burlesque rabbit hole as his extravagant troupe premieres Queen of Hearts, inspired by Lewis Carroll’s Alice’s Adventures in Wonderland. Company XIV’s reimagining includes live music, circus, opera, magic, dance, lavish design and imaginative cocktails inspired by your favorite characters. The XIV beauties will transport you to a decadent dreamworld replete with exotic curiosities and sensual strip-tease. Don’t miss this one of a kind theatrical event sure to delight, amaze and titillate. The show contains partial nudity – 21 & over only.

New York: The Off Broadway Alliance has announced that its hugely popular semi-annual ticket promotion 20at20 will return from September 3 to September 22, 2019.  20at20 makes $20 tickets available to dozens of  Off Broadway shows 20 minutes prior to curtain for 20 days. This year’s participated shows will be announced soon, to be the first to know when the shows are announced sign-up at 20at20.com

Now in its 13th year, 20at20 has become one of New York’s most eagerly anticipated promotions for people who want to see exciting shows at steeply discounted prices, making live, up-close-and-personal, up-to-the-minute, and classical theater accessible to everyone for about the price of a pizza.  Past participants have included  Jersey Boys, STOMP, Gazillion Bubble Show, The Imbible  and many more.

Shoshana Bean, star of Wicked, City Center’s Songs for a New World, and the most recent Jenna in Broadway’s Waitress, makes her long anticipated Feinstein’s/54 Below debut with shows on August 24, 27, 29, 30 and 31 at 7pm.

Shoshana will sing from roles she’s played, roles she wants to play, roles she’ll never play, and maybe even take some requests! Shoshana is a veteran of the Broadway stage having made her debut in the original cast of Hairspray. She won an IRNE Award for her performance as Fanny Brice in Funny Girl and earned a Jeff Award nomination for her portrayal of CeeCee Bloom in the pre-Broadway musical production of Beaches. Musical direction is by Tedd Firth.