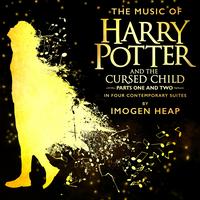 Harry Potter and The Cursed Child

The Music of Harry Potter and the Cursed Child, an album of music from the internationally acclaimed stage production, will be released on November 2, 2018.

The Music of Harry Potter and the Cursed Child is written, composed, performed and recorded by Grammy and Ivor Novello Award-winner Imogen Heap.  It is presented as four contemporary musical suites, each showcasing one of the play’s theatrical acts.  This unique new album format from Imogen Heap chronologically features the music heard in the stage production, further reworked to transport listeners on a sonic journey through the world of Harry Potter and the Cursed Child.

The Music of Harry Potter and the Cursed Child will be released by Sony Music Masterworks, and available in stores as well as digitally on November 2, 2018, with pre-orders available now at https://HarryPotter.lnk.to/HARRYPOTTERANDTHECURSEDCHILDPR

Imogen Heap said “This album is like nothing I’ve ever attempted before. It’s four suites containing music from each of the four acts of the play, Harry Potter and the Cursed Child. With over 100 moments of music in the play, the challenge was how to weave them together, and I think it has manifested into a really enjoyable listen, with memories for those who’ve seen the play, musical accompaniment to those with the script of the play or simply just to enjoy the music as a stand-alone album. It is crafted to be listened to in its entirety, taking the listener through different worlds within each suite. I don’t know another album like it. I hope others enjoy listening to it as much as I’ve enjoyed making it.”

Harry Potter and the Cursed Child received its world premiere in July 2016 at the Palace Theatre in London and earlier this week more tickets were released for performances through to July 28, 2019.

It is also now playing at the Lyric Theatre on Broadway, with an Australian production beginning performances at Melbourne’s Princess Theatre on January 16, 2019.  A further North American production will open at San Francisco’s Curran in Autumn 2019 and, in Spring 2020, a German language version of the play – marking its first non-English language production – will open at the Mehr! Theater am Großmarkt in Hamburg, Germany.

For the Broadway production, 100,000 tickets will be released at 11am on September 27 for performances through to June 9, 2019. Details of all productions of Harry Potter and the Cursed Child can be found at www.HarryPotterthePlay.com 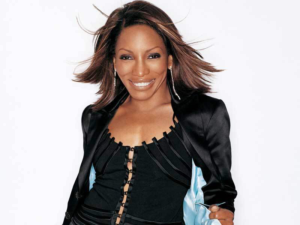 Legendary Grammy and American Music Award winning recording artist and beloved Broadway actress, Stephanie Mills will join BeBe Winans and the cast of the Broadway-bound musical Born For This for a one-night-only concert previewing the music from his original musical Born For This on Monday, November 5 at 7 p.m. and 9:30 p.m. at Feinstein’s/54 Below (254 W. 54 St).

Over the span of her illustrious career, Stephanie Mills has distinguished herself as an actress and performer who is a at home on the Broadway stage in the four-time Tony Award-winning The Wiz (on Broadway in the original company and across the United State in the revival) and Your Arms Too Short To Box With God as she is in the recording studio with five best-selling albums and ten Billboard #1 singles. Hit records such as “I Have Learned to Respect the Power of Love,” “Home” and “Whatcha Gonna Do with My Lovin” have become enduring classics. Mills’ 2004 album Born For This featured her rendition of the title track.

Sharing the Feinstein’s/54 Below stage with Winans and Mills will be director Charles Randolph-Wright (Motown) and members of the cast from last summer’s pre-Broadway tryout in Boston including Maddie Shea Baldwin (Bright Star), Liisi LaFontaine (Dreamgirls), Loren Lott (Once on this Island), Donald Webber Jr. (Hamilton), Kirsten Wyatt (Annie), and Nita Whitaker (Ragtime). The evening will introduce the BORN FOR THIS story and some of the original songs from the Broadway aimed musical, which also played regional engagements in Atlanta, Washington D.C., and Los Angeles. 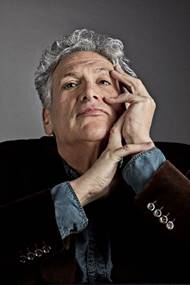 The benefit will be directed by Tony Award winner Jerry Mitchell and written by Tony Award nominee Chad Beguelin. The event is Co-Chaired by Robert Greenblatt, Richie Jackson, and Jordan Roth with Honorary Chairs Cyndi Lauper and Joe Mantello.

Show-Only tickets are available at 2ST.com.  Tickets are available for $100 each and $50 for AEA or SAG-AFTRA members (must show union ID at the door upon pick-up). The doors will open at 8pm with general admission seating and performance will begin at 8:30pm.

For more information or to purchase tickets, please visit www.2ST.com. 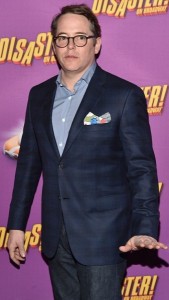 The York Theatre Company (James Morgan, Producing Artistic Director; Evans Haile, Executive Director), dedicated to the development of new musicals and preserving musical gems from the past, has announced that Tony Award-winner Matthew Broderick will host a company of 60 performers honoring Five-time Tony Award-winning musical theatre director/choreographer Susan Stroman (Oklahoma!; The Producers; Crazy For You; Showboat; Big, The Musical)  with the 2018 Oscar Hammerstein Award for Lifetime Achievement in Musical Theatre and Betty Cooper Wallerstein with the York Theatre Company Founders’ Award at the 27th Oscar Hammerstein Award Gala to be held on Monday evening, November 12, 2018 at The Edison Ballroom (240 West 47th Street).

The VIP Cocktail Reception will begin at 6:00 p.m., followed by Dinner at 7:00pm. The Concert and Award Ceremony will begin at 7:30pm.  The York’s Associate Artistic Director Michael Unger (You’re a Good Man, Charlie Brown; Big, the Musical; Milk and Honey) will direct the evening’s celebration. Show Only seats at $150 are now available.  For additional information, please contact Director of Development Shana Farr at (212) 935-5824, ext. 214 or sfarr@yorktheatre.org.

Susan Stroman, a five-time Tony Award winner, has also been honored with Olivier, Drama Desk, Outer Critics Circle, Lucille Lortel, and a record five Astaire Awards (recently renamed the Chita Rivera Awards).  She is the recipient of the George Abbott Award for Lifetime Achievement in the American Theater and a member of the Theater Hall of Fame in New York City. Her Broadway credits include The Producers (winner of a record-breaking 12 Tony Awards), The Scottsboro Boys (nominated for 12 Tony Awards and the winner of the London Evening Standard Award for Best Musical), Contact, Prince of Broadway, Bullets Over Broadway, Big Fish, Crazy for You, Show Boat, Oklahoma!, The Frogs, The Music Man, Thou Shalt Not, Steel Pier, Big, and Picnic.  Off-Broadway credits include The Beast in the Jungle, Dot, Flora The Red Menace, and The Scottsboro Boys (all at The Vineyard Theatre), And the World Goes ‘Round, Happiness, and The Last Two People on Earth: An Apocalyptic Vaudeville.  She has directed opera, created ballets, and been represented on television and film.

The Oscar Hammerstein Award is named in honor of the legendary lyricist and librettist who helped shape American musical theatre through his collaborations with a number of different composers and writers.  His contributions to such landmark musicals as Show Boat, Oklahoma!, South Pacific, and Carousel are a legacy for all time. The award was created in 1988 by Janet Hayes Walker, Founding Artistic Director of The York Theatre Company, with the endorsement of the Hammerstein family and the Rodgers and Hammerstein Organization.  Its purpose is to recognize significant lifetime achievement in musical theatre and is presented at a gala evening held for the benefit of The York Theatre Company.