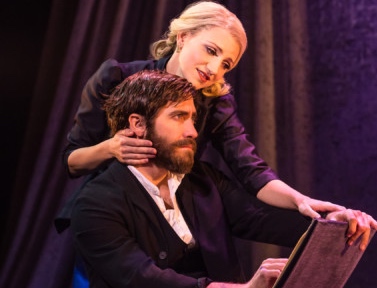 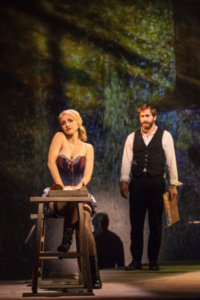 The cast recording of the recent, highly acclaimed, sold-out Broadway revival of Sunday in the Park with George, starring Jake Gyllenhaal in his Broadway debut and Tony-wining actress Annaleigh Ashford, is set for digital download and streaming release September 22via the Arts Music division at Warner Music Group, with the CD version to be released in November.

Produced and mixed by Bart Migal, the album features the entire cast of the Sarna Lapine-directed production of the Pulitzer Prize-winning masterpiece with music and lyrics by Stephen Sondheim and book by James Lapine, including Tony Award nominee Brooks Ashmanskas, Jenni Barber, Tony Award nominee Phillip Boykin, Mattea Conforti, Erin Davie, Claybourne Elder, Tony Award nominee Penny Fuller, Jordan Gelber, Tony Award winner Robert Sean Leonard, Liz McCartney, Tony Award winner Ruthie Ann Miles, Ashley Park, Jennifer Sanchez, David Turner, Max Chernin, MaryAnn Hu, Tony Award nominee Michael McElroy, Jaime Rosenstein, Laura Irion, Julie Foldesi, and Andrew Kober.
The show, which was widely praised by critics and recouped its investment in just 56 performances, follows painter Georges Seurat in the months leading up to the completion of his most famous painting, A Sunday Afternoon on the Island of La Grande Jatte, and its reverberations both in the present and 100 years into the future. Of Gyllenhaal’s performance, The New York Times’ Ben Brantley declared that “it’s impossible not to fall in love.” Now, with the release of the cast recording, those who were unable to experience the production live will have the opportunity to hear for themselves.
________________________________ 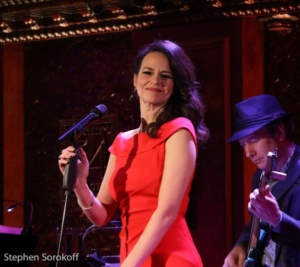 Fearless – the remarkable debut solo recording bridging pop and R&B from Broadway and TV star Mandy Gonzalez – will be released in digital formats on October 20. For this special seven-track album, Mandy delivers new, original songs from some of the most accomplished writers in the music industry, including Lin-Manuel Miranda, Jennifer Nettles, Bill Sherman, and Tom Kitt.

Fearless also features a powerful duet with Mandy and Christopher Jackson, the Hamilton star who was featured opposite Gonzalez on Broadway for In the Heights. Mandy adds an intimate new version of her signature song, “Breathe,” and a total remake of the classic “Que Será, Será.”

Digital pre-order begins today, September 15 at Fearless.us. Customers who pre-order the album will receive a download of the title song, “Fearless” – written by Lin-Manuel Miranda – on October 6, in advance of public availability on October 20.

Mandy Gonzalez, with Fearless, will be the first artist launched on a new imprint under the Arts Music umbrella recently formed by Warner Music Group.

Gonzalez will perform selections from the album at New York’s legendary supper club Café Carlyle from October 24 to November 4.

Mandy is currently starring in the Broadway musical sensation Hamilton as Angelica Schuyler. She is also known for originating the role of Nina Rosario, in her brilliant performance in the Tony Award winning, Lin-Manuel Miranda Broadway musical In the Heights, a role she originally created Off-Broadway at 37 Arts and which received a Drama Desk Award. She starred as Elphaba in the Broadway production of Wicked, blowing the roof off of New York’s Gershwin Theatre each night as she belted out signature song “Defying Gravity” and for which she was rewarded with a Broadway.com Award for “Best Replacement.” Other Broadway roles include Princess Amneris in the Elton John and Tim Rice musical Aida and the Broadway show Lennon where she portrayed multiple roles including that of Beatles’ icon John Lennon. Mandy made her Broadway debut in Jim Steinman’s Dance of the Vampires starring opposite Michael Crawford. Mandy received an OBIE Award and overwhelming critical praise for her performance in the Off-Broadway production of Eli’s Comin’, directed by Diane Paulus and based on the music and lyrics of renowned singer-songwriter Laura Nyro. Equally at home on the big and small screen, she has appeared in Across the Universe, directed by Julie Taymor; After, starring opposite Pablo Schreiber and Man on a Ledge, with Sam Worthington. Most recently, Mandy had a recurring role on the ABC drama thriller “Quantico.” On Sunday evenings, television viewers can find her working at The White House on the CBS breakout hit “Madam Secretary.” Mandy can be heard as the voice of Mei in Disney’s Mulan 2. She performs concerts in prestigious venues across the U.S. and around the world. 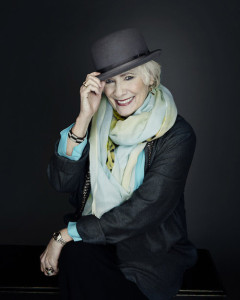 She will also offer a five-day Song Interpretation & Monologue Intensive Workshop at New York’s T. Schreiber Studio from October 2 to 6. One of the foremost professional theatre studios in New York City, established in 1969, T. Schreiber has been a home and training ground for many artists who have gone on to successful careers in theatre, film, and television. Buckley will assist aspiring artists, educators and experienced performers in the craft of singing, acting and storytelling. For further details and to apply to the workshop, prospective participants should contact T. Schreiber Studio at (212) 741-0209 or email info@tschreiber.org.

Story Songs #2 will feature music from the worlds of Rock, Pop, the American Songbook and the Musical Theater, including songs from Jason Robert Brown, Steely Dan, Joni Mitchell, Lisa Loeb and Stephen Sondheim.  Her ensemble of musicians is headed by multi Grammy nominated pianist/arranger, Christian Jacob; virtuoso guitarist, Oz Noy; with Tony Marino on bass; and Dan Rieser on drums. When the original Story Songs debuted at Joe’s Pub last fall, The New York Times praised it as her “stunning new show, arguably the strongest of her career. Ms. Buckley gave everything she sang the shape and depth of a personal confession.” When she took the program to the Bay Area later in the season, she was called “a vocal wonder” by the San Francisco Chronicle.

Ms. Buckley won a Tony Award for her performance as Grizabella, the Glamour Cat, in Andrew Lloyd Webber’s Cats. Buckley received her second Tony Award nomination for Best Actress in a musical for her performance as Hesione in Triumph of Love, and an Olivier Award nomination for her critically-acclaimed interpretation of Norma Desmond in the London production of Andrew Lloyd Webber’s Sunset Boulevard, which she repeated to more rave reviews on Broadway. She is a 2012 Theatre Hall of Fame inductee.

Her other Broadway credits include 1776, Pippin, Song and Dance, The Mystery of Edwin Drood, and Carrie. Off-Broadway credits include the world premiere of Horton Foote’s The Old Friends for which she received a Drama Desk Nomination in 2014, White’s Lies, Lincoln Center’s Elegies, the original NYSF production of Edwin Drood, The Eros Trilogy, Juno’s Swans and I’m Getting My Act Together and Taking it on the Road. Regional credits include The Perfectionist, Gypsy, The Threepenny Opera, Camino Real, Buffalo Gal, Arsenic and Old Lace, The Old Friends at Houston’s Alley Theatre and Grey Gardens at the Bay Street Theatre in Sag Harbor, NY and The Ahmanson Theater in Los Angeles. In London she starred in Promises, Promises for which she was nominated for an Evening Standard Award and in 2013 the British premiere of Dear World.

Her films include M. Night Shyamalan’s Split, Brian de Palma’s screen version of Stephen King’s Carrie, Bruce Beresford’s Tender Mercies, Roman Polanski’s Frantic, Woody Allen’s Another Woman, Lawrence Kasden’s Wyatt Earp and Shyamalan’s The Happening. On television, Buckley most recently guest starred in the NBC Series “Chicago Med” and in the HBO series “The Leftovers” and “Getting On.” She appeared in “The Pacific” also for HBO and twice on the Kennedy Center Honors. She also starred for three seasons in the HBO series “Oz” and as Abby Bradford in the hit series “Eight is Enough.” Buckley has appeared as a guest star in numerous television series, miniseries and films for television including “Evergreen,” “Roses For the Rich,” “Without a Trace,” “Law & Order: SVU” and “Pretty Little Liars.”

Buckley tours in concert worldwide with her ensemble of musicians and was featured in the Royal Albert Hall concert of Follies in celebration of Stephen Sondheim’s 85th birthday and Defying Gravity, an all-star Australian concert celebration of Stephen Schwartz in 2016. She has now recorded 17 CDs, including Ghostlight, produced by T Bone Burnett, released in 2014.