Broadway Records Releases Our Table: Live at Feinstein’s/54 Below 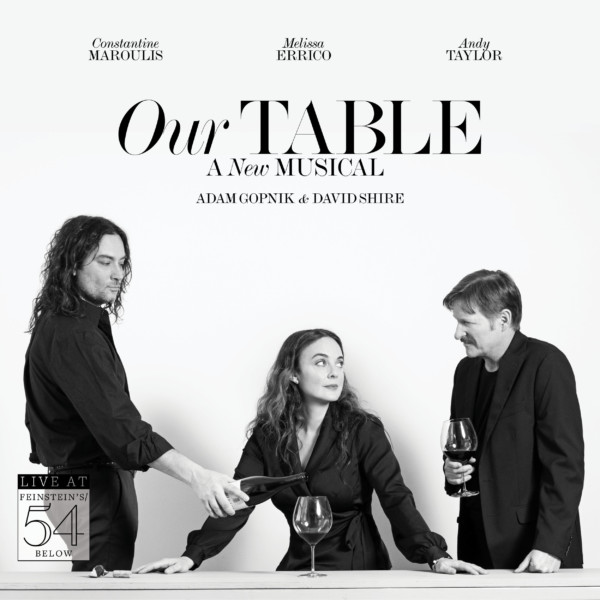 Broadway Records Releases Our Table: Live at Feinstein’s/54 Below

To celebrate the release of Our Table: Live at Feinstein’s/54 Below and deepen its meanings, Broadway Records and the creative team of Our Table have partnered with GrowNYC, the parent organization of New York’s greenmarkets, to help support both the farmers who bring great products to New York and the chefs who depend on them for sustenance and materials, as well as to celebrate the fiftieth anniversary of GrowNYC and the New York City greenmarket movement.

On July 20th at 12pm EST, a concert and conversation celebrating Our Table will stream live from the greenmarket at Union Square, where much of the story of the show is set. Long time New Yorker magazine writer Adam Gopnik will be in conversation with luminaries from the sustainable food world. The stream will be highlighted with musical guest appearances by the show’s composer David Shire; its leading lady, the beloved actor and soprano Melissa Errico; and other surprise speakers and performers.  The occasion will also serve as an appeal for GrowNYC’s “Covid Response Campaign” which hopes to raise $250,000 to help local farmers, suddenly unable to bring the thing they grow to market, to continue to feed New Yorkers instead of leaving their produce rotting in the fields. Bank of America has agreed to match all contributions to the GrowNYC campaign.

You can watch the live stream on Broadway Records’ Facebook page or Youtube. The album, starring Melissa Errico and Constantine Maroulis, is the much-talked of musical composed by David Shire with book and lyrics by Adam Gopnik. The album is now available on digital platforms.

“Our entire show is centered on the interaction between a New York restaurant and the farmers and family of the Union Square Greenmarket, which is symbolic of the larger relationship of city and nature,” Gopnik says. “So, a partnership in a party to support GrowNYC seems so right.”

“GrowNYC is a nonprofit organization that operates Greenmarkets across New York City,” explains Nick Rolf, its director of development, “and hopes to improve New Yorkers’ quality of life through programs that empower everyone to secure a clean and healthy environment for future generations. We love the idea of bringing three of New York’s most important and endangered enterprises– the musical theater cabaret-concerts and sustainable markets – together under one awning for an afternoon.”

The release of Our Table also marks the 60th year in the New York musical theater career of David Shire, whose tenth theatrical musical this is. Previously best known for his collaborations with Richard Maltby Jr., “Our Table” is his first collaboration with Gopnik, whose writings he had long admired and who agreed to join in this adaptation of themes and scenes from his book on the philosophy of food, “The Table Comes First” and his story of a New York family,  “Through The Children’s Gate”. (Keeping everything ‘in the family’ it was Maltby who directed the 54 performance!) To further celebrate Shire, longtime Shire muse Liz Callaway and Tony- winner Alice Ripley joined the cast to record an additional bonus track, the Shire-Gopnik hymn to the many marriages we make in life, “Lucky!” — a highlight from the Our Table score but cut from the 54 Evening.  (Legendary photographer Brigitte Lacombe also contributed photographs of the cast to the project, and Fabien Baron designed the album’s poster from a Lacombe group portrait.)

GET SOCIAL WITH BROADWAY RECORDS: