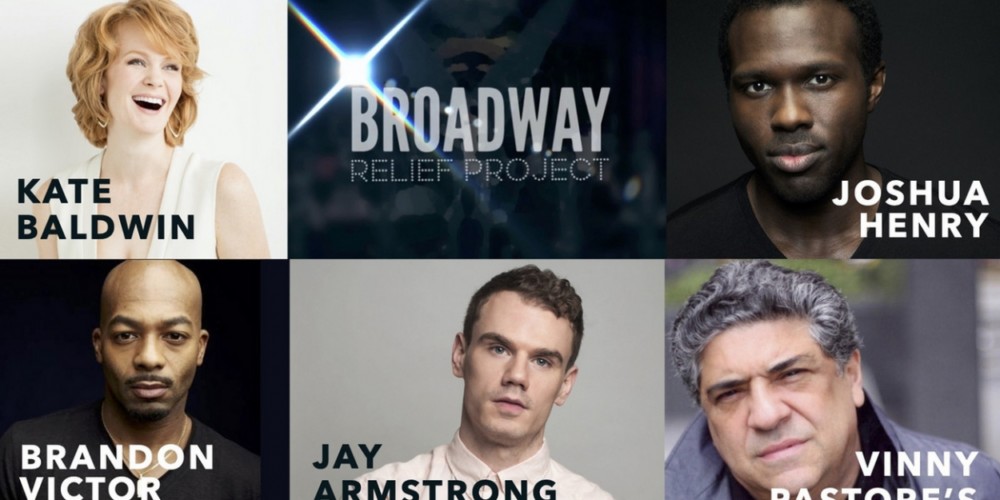 What am I talking about? Open Jar was originally an isolated stage with a 20-foot gap between the artist and the audience in addition to plexiglass panels between seats. Headquartered in Times Square at Open Jar Studios, the Broadway Relief Project, a coalition of Broadway designers and stitchers that normally build costumes for Broadway hit musicals was formed. This team was enlisted and approved by the City of New York and the NYC/EDC to be part of their team creating over 2 million medical gowns for NYC public hospitals. They manufacture both reusable/washable gowns (Level 1 & 2) and disposable gowns (Level 1, 2 & 4) in New York City.

They also made The Singer’s Mask developed on Broadway for singers to capture droplets while singing and provide comfort and ease of motion while singing.

Now you can come see Broadway’s brightest stars performing 90 minute solo concerts in a controlled and socially distant live event series. In addition to paying the artists and their staff, each artist has chosen a charity. Proceeds from the event will go to the charity of the artists choice, including: Broadway Advocacy Coalition, Broadway Cares/EFA, #WeAre Foundation, Nick Cordero Fund, City Harvest, and more!

The Performer is more than 20 feet from the nearest guest and band is isolated behind plexiglass barriers.

The Audience is seated at one side of tables all facing the stage with plexiglas dividers between each seat, allowing friends to enjoy a night out together. Masks required. Only 48 Tickets are sold. Tickets ranged between $45 – $90

In a day and age where our choice on what to attend is being limited, it is nice to know Open Jar gave us an option.

Suzanna BowlingJuly 30, 2022
Read More
Scroll for more
Tap
enCourage Kids Annual Golf Tournament Brings Joy and Funds to Those Who Need It Most
Artists in Residence Songs Dealing With These Times: Ahrens and Flaherty