Broadway Shows To Get Ready For September to December 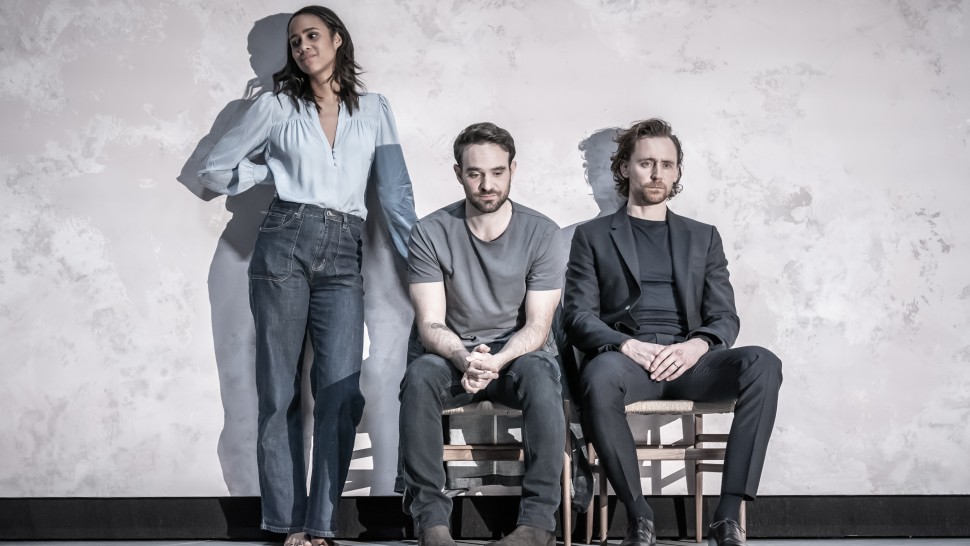 Broadway Shows To Get Ready For September to December

The Height Of The Storm stars Jonathan Pryce and Eileen Atkins alongside Amanda Drew and James Hillier, who all reprise their performances from the play’s London bow. The play follows for 50 years the lives of André and Madeleine who have been filled with the everyday pleasures and unfathomable mysteries of an enduring marriage, until suddenly their life together begins to unravel, and this loving relationship is faced with the inevitability of change. The Samuel J. Friedman Theatre hosts this Brit transfer with previews beginning September 10th and an opening night of September 24th.

The play I have been looking forward to all year starts previews September 6th. The Great Society is the sequel to Robert Schenkkan’s All the Way. The show picks up after President Lyndon B. Johnson landslide victory in the 1964 election, exploring his full four-year term against the backdrop of the Vietnam War and Civil Rights Movement. Brian Cox, stars as well as Tony nominee Marc Kudisch as Richard J. Daley, Grantham Coleman making his Broadway debut as Martin Luther King Jr., Richard Thomas as Hubert Humphrey, Barbara Garrick as Ladybird Johnson, Bryce Pinkham as Robert Kennedy and David Garrison as Richard Nixon. Opening October 4th at the Vivian Beaumont.

Lin-Manuel Miranda, Thomas Kail, and Anthony Veneziale  have created Freestyle Love Supreme, a hip-hop improv show which is coming to Broadway for a limited 16-week engagement after a sold-out run Off-Broadway earlier this year. The Booth Theatre starts previews September 13th with a October 2nd opening.

Slave Play ran Off-Broadway at New York Theatre Workshop in 2018 and earned the Rosa Parks Playwriting Award, the Lorraine Hansberry Playwriting Award, The Lotos Foundation Prize in the Arts and Sciences and the 2018 Paula Vogel Award. Most of the Off-Broadway cast returns for this production: Ato Blankson-Wood, James Cusati-Moyer, Sullivan Jones, Chalia La Tour, Irene Sofia Lucio, Annie McNamara, and Paul Alexander Nolan. Joining them on Broadway will be Joaquina Kalukango, who will play Kaneisha. Slave Play examines the lasting impact of white surpremecy through the lens of sexuality. First previews begin September 10th with an October 6th opening at the Golden Theatre.

Pulitzer Prize and Tony Award winner Tracy Letts takes a brutally comedic look at Wheeler, a 50-year-old divorcee in the throes of a mid-life spiral. Just out of his ex-wife’s garage and into a place of his own, Wheeler starts on a path toward self-discovery—navigating blind dates, old friends, and new love. Full of opinions, yet short on self-examination, Wheeler must reconcile the man he has become with the man he wants to be in Linda Vista. Preview begin September 19th with an October 10th opening at the Helen Hayes Theatre.

Mary-Louise Parker returns to Broadway In The Sound Inside opposite Will Hochman, who makes his Broadway debut.  Penned by Adam Rapp The Sound Inside had it’s world premiered at Williamstown Theatre Festival in 2018 and follows an Ivy League professor Bella (Parker) and a student Charlie (Hochman) who becomes entangled in Bella’s life when she faces a troubling challenge. Directed by David Cromer at Studio 54. First preview, September 14th with a October 17th opening.

On October 16th previews begin for the return of The Lightning Thief: The Percy Jackson Musical. Directed by Stephen Brackett and choreographed by Patrick McCollum with book by Joe Tracz and original music and lyrics by Rob Rokicki. Based on Rick Riordan’s best-selling novel of the same name. The entire tour cast will reprise their roles, including Chris McCarrell as Percy Jackson. An onstage company of seven will play more than 47 characters in this action-packed theatrical adventure about accepting that normal is a myth and embracing the superpowers inside all of us.
Look for supernatural fun at the Longacre Theatre beginning September 20th with an opening set for October 16th.

Winner of the 2019 Olivier Award for Best New Play, The Inheritance is a queer-themed, two-part play loosely inspired by E. M. Forster’s Howards End. Set in New York City a generation after the HIV/AIDS crisis of the ‘80s and ‘90s, the play follows a group of gay men as they struggle to connect to the past and maintain a sense of history. Written by Mathew Lopez,
directed by Stephen Daldry and designed by Bob Crowley at the Barrymore Theatre starting September 27th with an opening set for November 17th.

Get ready for the the life of Tina Turner in Tina at the Lunt-Fontanne Theatre beginning October 12th. Currently starring Adrienne Warren in the West End to rave reviews this bio-musical written by Katori Hall, opens
November 7th.

House of Card‘s Campbell Scott stars as Ebeneezer Scrooge, in a new adaptation of the Dickens A Christmas Carol. A transfers from a run at London’s Old Vic that weaves immersive storytelling and Christmas carols. Directed by Matthew Warchus (Matilda)  and penned by Jack Thorne (Harry Potter and the Cursed Child). The Lyceum Thetare gets in the holiday spirit starting November 7th with a November 20th opening and a January 5th closing.

For more holiday cheer Slava’s Snowshow holds court at the Stephen Sondheim Theatre beginning November 11th. This Olivier-winning show takes audiences through a wintry landscape where wordless clowns roam about in a climactic blizzard. Opening night is set for November 13th with a closing date of January 5th.

Chris Cox (as The Mentalist), Paul Dabek (The Trickster), Kevin James (The Inventor), Hyun Joon Kim (The Manipulator), Enzo Weyne (The Unforgettable), and SOS and Victoria Petroysan (The Transformationalists)
Returning to Broadway for the fifth year in a row, The Illusionists perform a series of mystifying acts that will delight audiences. Look for The Illusionists –Magic of the Holidays at the Neil Simon Theatre staring November 19th and closing January 5, 2020.

Harry Connick Jr. will bring Cole Porter’s storied repetoire to life at the Nederlander Theatre beginning in December. The show stars and is directed by Harry Connick, Jr.

Get ready for an Ivo van Hove version of the Leonard Bernstein classic West Side Story at the Broadway Theatre. The show stars Isaac Powell (Once On This Island) as Tony and Shereen Pimentel (The Lion King) as Maria. Previews begin: December 10th with a February 6, 2020 opening. Set design will be by van Hove’s longtime collaborator Jan Versweyveld. Anne Teresa De Keersmaeker will choregraph, marking this the first major New York revival to deviate from Jerome Robbins’ choreography.

Diected by Leigh Silverman Michael Urie, Thomas Sadoski, Ashley Park, Maulik Pancholy and Priscilla Lopez as Carla star in Bess Wohl’s Grand Horizons at the Helen Hayes Theatre. Bill and Nancy have spent 50 full years as husband and wife. But just as they settle comfortably into their new home in Grand Horizons, the unthinkable happens: Nancy suddenly wants out. As their two adult sons struggle to cope with the shocking news, they are forced to question everything they assumed about the people they thought they knew best. Previews start December 20 with a January 23rd opening.

Suzanna BowlingSeptember 15, 2022
Read More
Scroll for more
Tap
The Misplacement of Broadway Shows or Are There Enough Broadway Theatres?
My View: The National Anthem Sung by Fiddler on the Roof in Yiddish in English