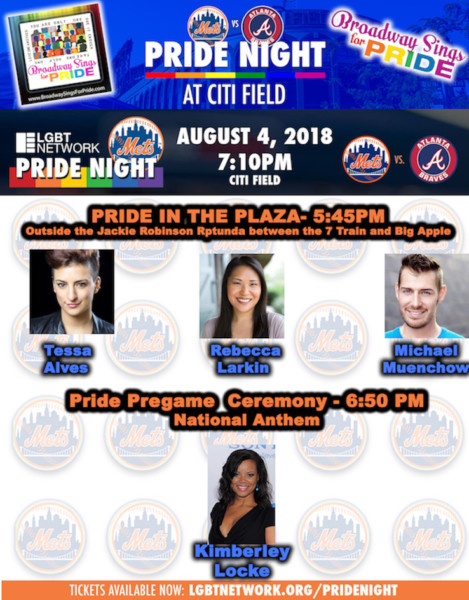 Broadway Sings for Pride at Pride Night at Citi Field

Broadway Sings for Pride at Pride Night at Citi Field 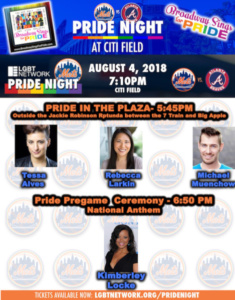 In the last 2 years, more than 6,000 LGBT people, allies, and their friends and families filled Citi Field for this historic night which supports the LGBT Network’s anti-bullying programs in Long Island and NYC schools.  Choose from discounted seating areas with prices starting at just $40. A portion of each ticket sold through this special offer will benefit the LGBT Network, a 501(c)(3) non-profit organization, and its Safe Schools Initiative to stop bullying in Long Island and Queens.