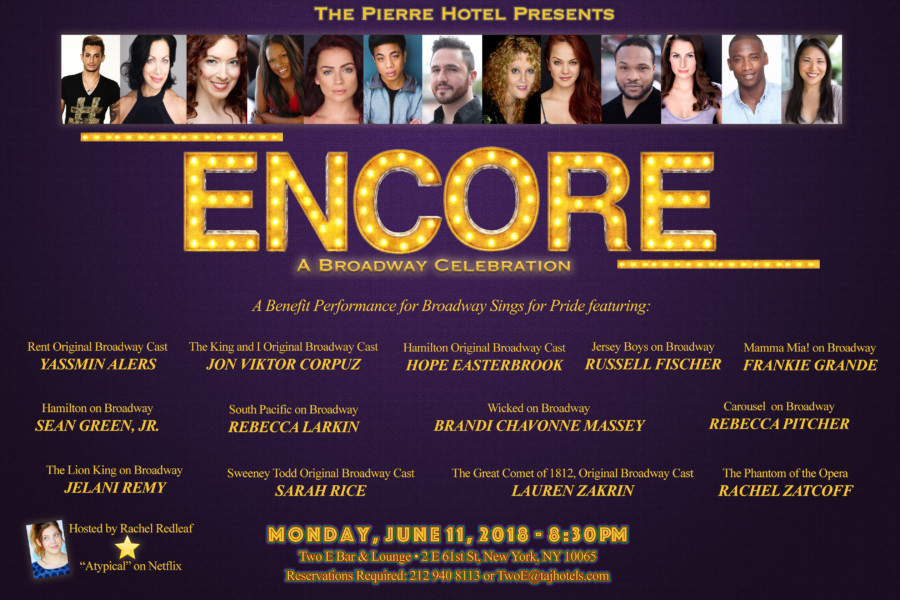 Broadway Sings For Pride In June

Broadway Sings For Pride In June 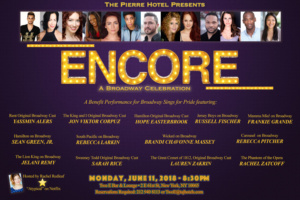 Broadway Sings for Pride’s cast members, Laura D’Andre (Grease National Tour, Hair National Tour, Michael Muenchow (Former Lead Vocalist at Cirque Dreams, Holland America Line), and Kenney M. Green (National/European Tours: Smokey Joe’s Cafe starring Gladys Knight, The Music of Andrew Lloyd Webber European Tour) will sing at  NYC Pride’s Family Movie Night.  They will be singing songs inspired by the animated movie Beauty and the Beast (the night’s featured movie) and pride.  The event will begin around 6:30 and start when it the sun is starting to set on New York City’s Hudson River Park’s Pier 45.  This is one of the only free events for children and LGBTQIA families during Pride Week. For more information: https://www.nycpride.org/events/family-movie-night/

On Monday, June 18, 2018 Broadway Sings for Pride will premiere their 8th anniversary benefit concert in New York City at The Cutting Room at 7:30pm! This milestone event will be filled with singing (from pop to Broadway), stories, special celebrity guests and of course, fun! With “Revolution” as the theme this year, couple Anthony Bowens and Michael Pavano will host the show, which will feature Matt Doyle, Frankie J. Grande, Project Runway All Stars’ Sam Donovan, the cast of “Afterglow,” and cast members from Pretty Woman: The Musical, Frozen, Kinky Boots, Jersey Boys and more! The event will take place at The Cutting Room, 44 E. 32nd St.  The proceeds will benefit The Tyler Clementi Foundation. More information can be found at www.BroadwaySingsForPride.com.

Suzanna BowlingMay 18, 2022
Read More
Scroll for more
Tap
Jeremy Jordan, Matt Doyle, Lindsay Rider and Michael Mott at The Green Room 42 For The Actors Fund and More
On The Road To The Tony Awards: Stars to Present and Stars We Lost