Broadway Sings for Ukraine on April 3 in Times Square 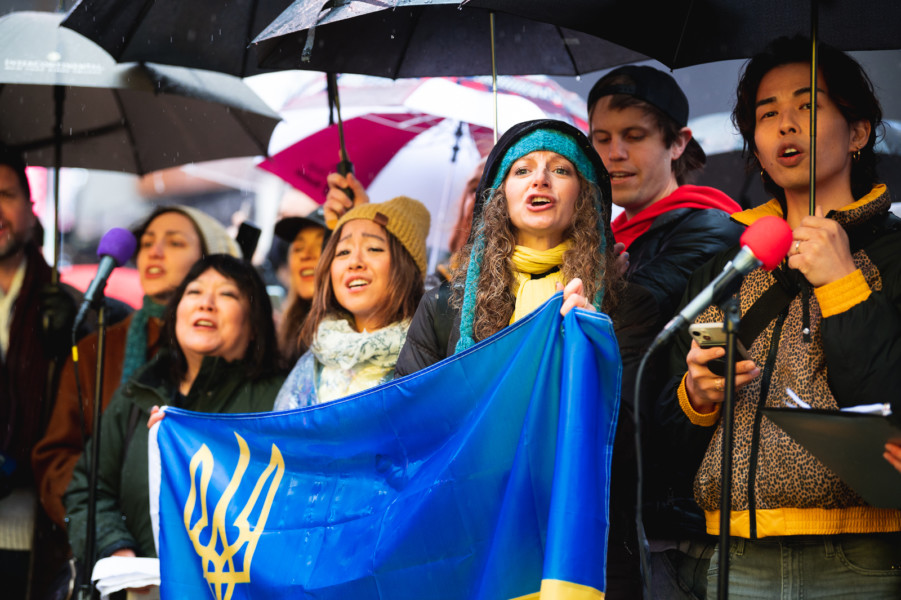 Broadway Sings for Ukraine on April 3 in Times Square

On Sunday, April 3 Broadway and Ukranian singers gathered in Times Square to support the people of Ukraine. Actor and activist, Shakina Nayfack, was the organizer of this event; she saw the urgent need to increase awareness of what was happening in Ukraine when she saw the bombing of the theatre in Mariupol, where local civilians had been sheltering. Shakina enlisted Erica Rotstein, producer and talent manager, to organize the event. In 10 short days they recruited 16 talented singers from the Broadway community, a group of talented Ukrainian singers, Broadway Inspirational Voices, musicians, and volunteers to assemble at Duffy Square to sing the anthem from Les Misérables, Do You Hear the People Sing. 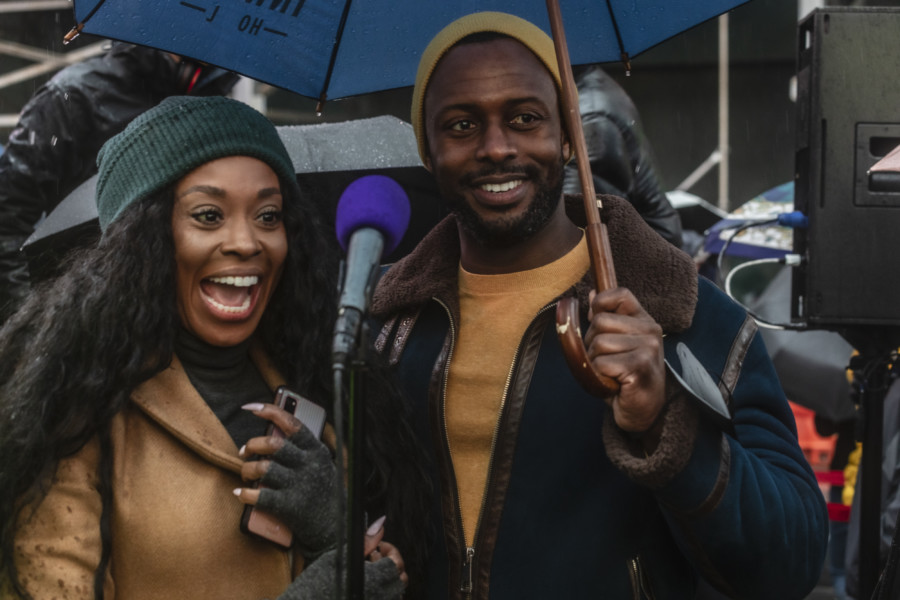 On a cold rainy day these performers and Times Square visitors shared their voices to bring voice to the Ukrainian plight. Broadway’s award winners and nominees including Lauren Patten, Carolee Carmello, Howard Mc Gillen and Ann Harada were among those who stood for Ukraine. 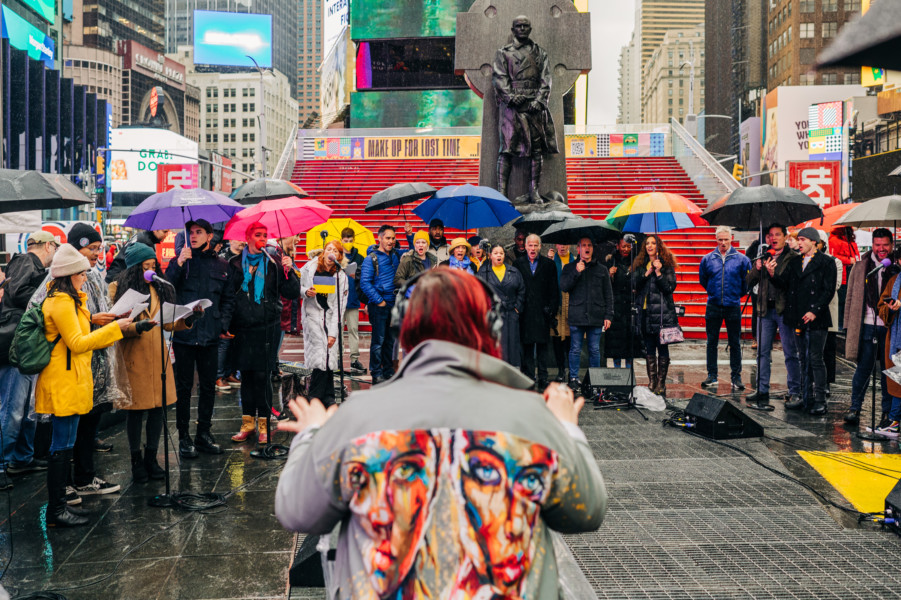 A verse of the song was translated into Ukrainian where flag waving Ukrainian sang with pride for their country. The electronic billboards lit up in the Ukrainian colors of blue and yellow as the anthem filled the corridors of Times Square. 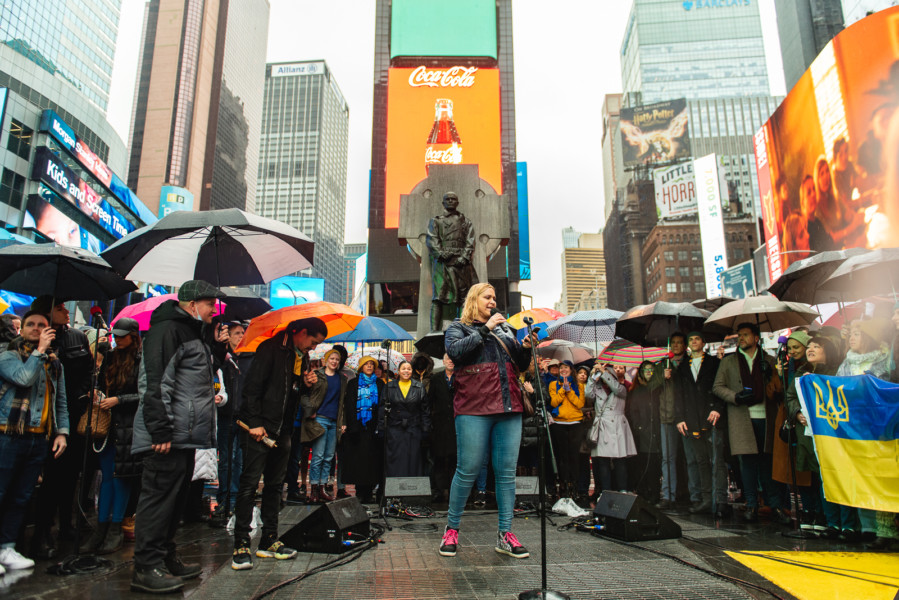 Ty Defoe, of the Ojibwe and Oneida nations spoke in support of those whose lands are being taken from them. 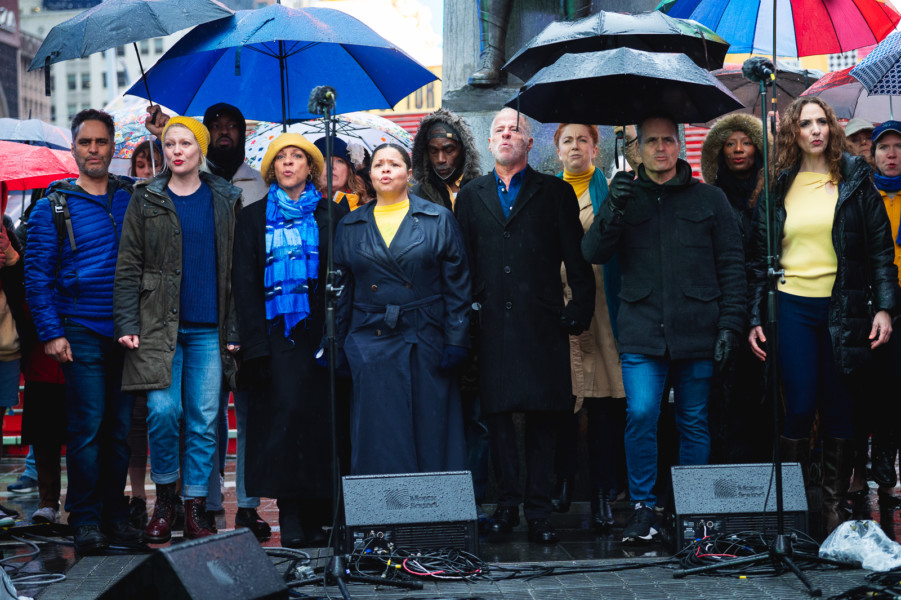 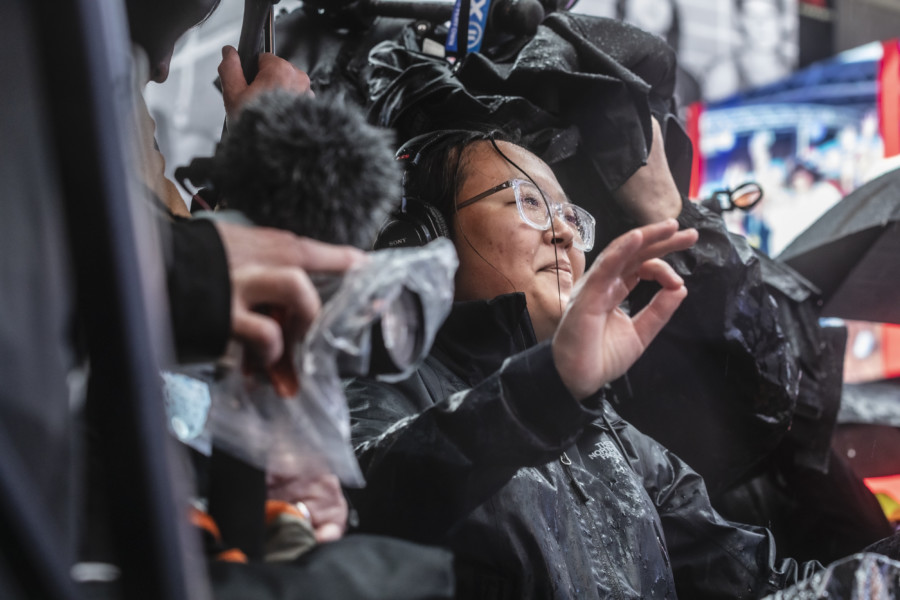 I first met Shakina in 2015 when she was in a musical; and it is so appropriate that the person who portrayed the Statue of Liberty back then would be a spokesperson for freedom and liberty today.  She offered, “I’m so grateful to everyone who gave their time and talent to make this happen, to the members of our community who came out and stood in the rain to raise their voices for the people of Ukraine.” 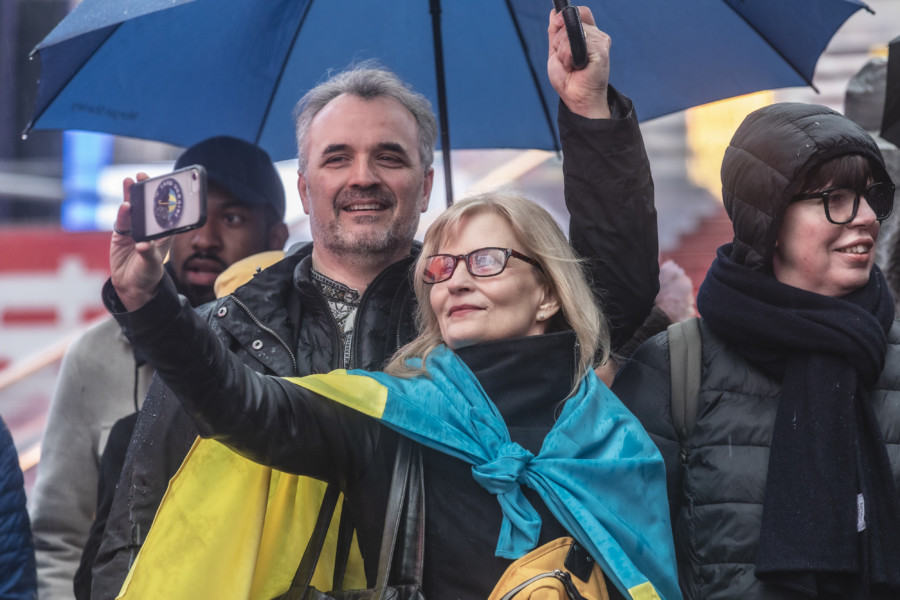 The event may have only lasted a few hours but the link to donate is still open https://linktr.ee/BwayforUkraine