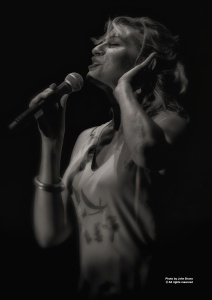 Dynamic recording artist & Broadway actress Luba Mason (star of half a dozen Broadway shows including Chicago opposite Brooke Shields, Jekyll & Hyde, How to Succeed… opposite Matthew Broderick; the American Premiere of Sunset Boulevard) will offer three special live performances in NYC in January at the annual APAP NYC Showcase, organized by APAP, the national service organization for the performing arts field. Luba’s performances will be on January 7 at 3PM & 5:30PM and January 8 at 5:30PM, presented by Allan Harris Productions as part of ”2 GREAT DAYS OF JAZZ in THE NEW YORK SUITE” at the NY Hilton Hotel (4th Floor). She is also set to participate in the upcoming BroadwayCon event in NYC January 27-29 as a panelist.

“A Broadway veteran and omnivorous singer” (Billboard), straight out of school, Luba was hand-picked by Tommy Tune to sing and dance on Broadway in the Tony Award-winning The Will Rogers Follies & has also appeared on Broadway in: Chicago (co-starring as Velma opposite Brooke Shields as Roxie), Jekyll & Hyde, Paul Simon’s The Capeman, How to Succeed in Business opposite Matthew Broderick, Sid Caesar & Company opposite Sid Caesar & Late Nite Comic.

A native New Yorker born in Astoria, Queens and first generation American of Slovak descent, Luba grew up in a bi-lingual household, Slovak being her first language. She started classical piano at age 5 and continued for 12 more years while singing in several church choirs prompted by her piano teacher after discovering her talent for singing at the end of a piano lesson. Becoming ever more interested in singing, Luba began to study voice with teachers from The Juilliard School and Manhattan School of Music. Luba was later accepted to Circle in the Square Theatre School and New York University’s Tisch School of the Arts where she earned her Bachelor of Arts degree in Drama.