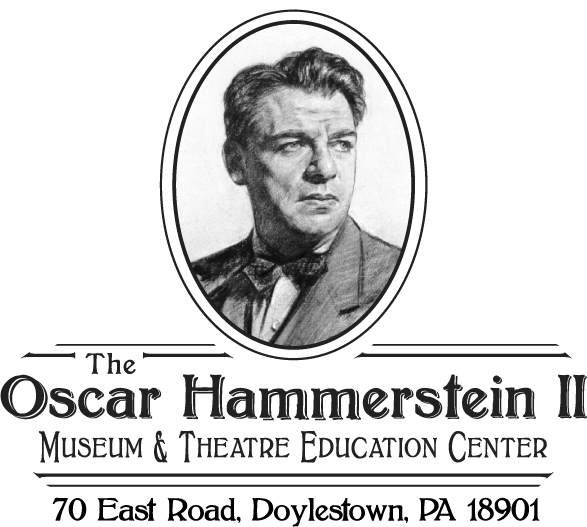 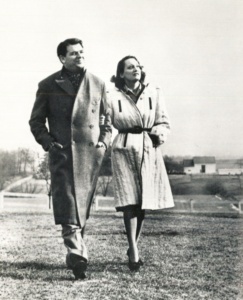 The Oscar Hammerstein Museum & Theater Education Center, a recognized 501(c)3 announces their inaugural fundraising event at The Player’s Club, NYC on Monday, March 13. The event comes on the heels of an agreement allowing Highland Farm in Doylestown, PA, where world-renowned lyricist and humanitarian Oscar Hammerstein lived and worked, to be used for museum activities. It was at Highland Farm that the iconic Rodgers and Hammerstein partnership was formed and where Hammerstein penned lyrics to musicals such as Oklahoma!, Carousel, South Pacific, The King and I, The Sound of Music, and more. 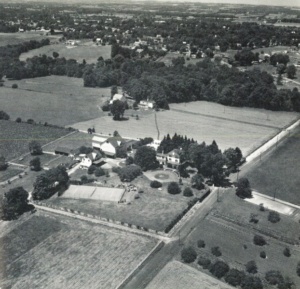 Highland Farm is also where Hammerstein mentored a young Stephen Sondheim, who said that in one afternoon he learned, “more about songwriting and the musical theater than most people learn in a lifetime.” 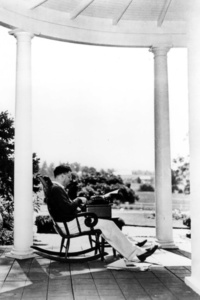 Tickets are now on sale now at www.HammersteinCenter.org 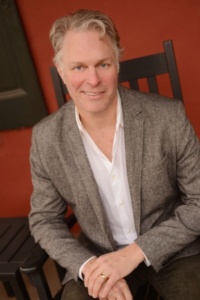 Funds will be used to acquire Highland Farm for this effort, restore the house, barn and property, as well as populate the museum. The Oscar Hammerstein Museum and Theatre Education Center will be an inspiring place for visitors to experience where Hammerstein lived, worked and thrived. The goal is to protect this piece of American history, honor creativity, social engagement and mentorship, while encouraging future generations to contribute to the arts.

Ted Chapin, President and Chief Creative Officer of the Rodgers & Hammerstein Organization and William Hammerstein, Esq., President of the 501(c)3 will be honorary hosts. Hammerstein is the grandson of Oscar Hammerstein II. The program is produced by Steve Schonberg, Kristine Lewis and Brenda Gelles

“A small number of us have fought long and hard to get to this point in transforming Highland Farm into a museum and education center. So, it is especially gratifying to see so many stars help us raise funds to make it a reality.” William Hammerstein said. “I don’t think there could be a better time for a museum honoring Oscar Hammerstein II. With the country so divided, we need more places to find common ground. Oscar Hammerstein was a man for all people, whose work created powerful bonds in communities and around the world, and continues to do so still. He seems to bring out our best. It’s magical.”

The Oscar Hammerstein Museum and Theatre Education Center, is a recognized nonprofit 501(c)3 charitable organization, dedicated to the preservation of Highland Farm, as THE place to celebrate Oscar Hammerstein’s legacy of great musical theatre, social engagement and mentorship. Highland Farm is where the Rodgers and Hammerstein partnership was formed, where Hammerstein wrote classics like Oklahoma!, Carousel, South Pacific, The King and I and The Sound of Music, where he mentored a young Stephen Sondheim, and where he devoted one hour of every working day advocating for the pressing social issues of his time.

To honor this singular legacy, we aim to restore the house at Highland Farm and give house tours, where we will tell inspiring stories of the man and the history that happened there. We will also restore the barn and turn it into a browsing museum, telling the story of Oscar Hammerstein’s life, beginning with his grandfather, Oscar I, father of Times Square and ending with Stephen Sondheim, who honors Oscar’s legacy on Broadway to the present day. Once these goals are accomplished, we intend to build a new theater in Doylestown, to present Hammerstein musicals, foster socially relevant discussions and other engaging programming. Highland Farm is located at 70 East Road, Doylestown, PA 18901, just an 80-mile drive south of Times Square.