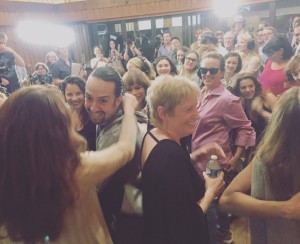 Broadway is going full force to show their support for the victims of Orlando. Yesterday it was the Ham4Ham show. The Jason Robert Brown wrote this incredible song which he performed in the Greenwich Village club SubCulture. The cast of On Your Feet! gathered on June 16 with fans at the 9/11 memorial in New York City to sing a tribute to the victims. London’ Prince Edward Theatre and Palace Theatre theatre had rainbow flags as fans gathered on June 13th for a vigil to express solidarity with the Orlando shooting victims. 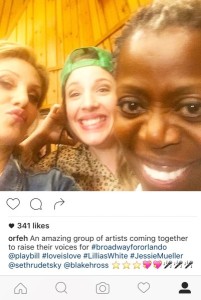 Now Broadway Records President Van Dean, Seth Rudetsky and James Wesley started the initiative Broadway for Orlando with a new single of Burt Bacharach’s “What the World Needs Now Is Love.” The single is produced in conjunction with Playbill at Avatar Studios and will be available for download at BroadwayRecords.com on June 20 and on iTunes shortly thereafter. All proceeds from the sale of the song will benefit the LGBT Center of Central Florida. 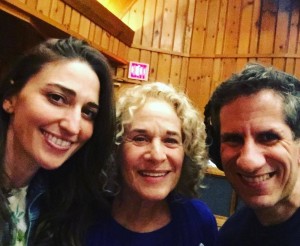 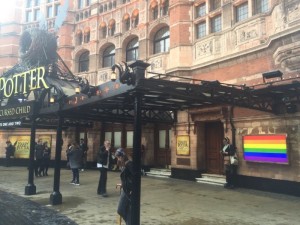 An accompanying music video will be released by Playbill at a later date. 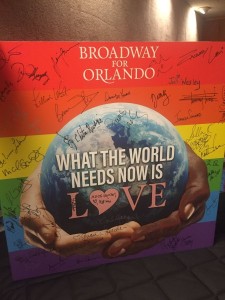