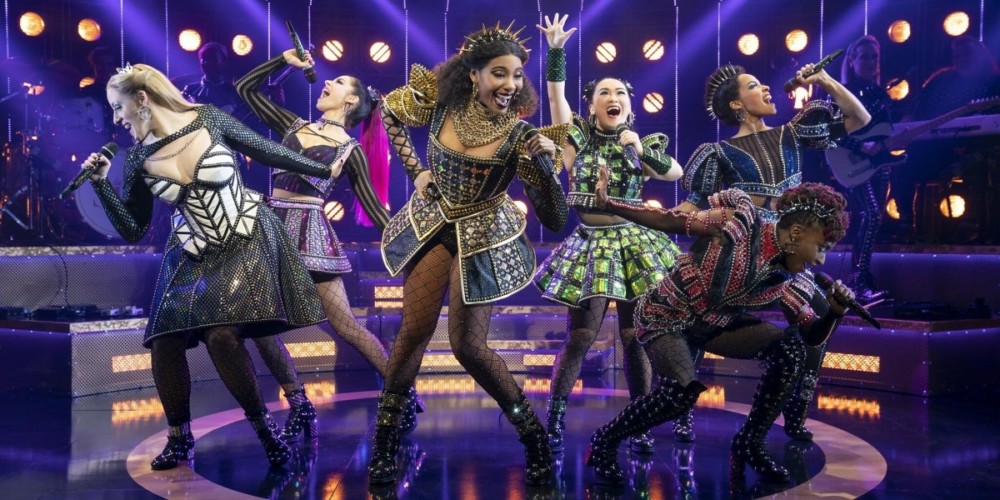 Broadway is back and TV is promoting the new casts. One of the most anticipated shows is the one that never got to open. SIX stars Adrianna Hicks as Catherine of Aragon, Andrea Macasaet as Anne Boleyn, Abby Mueller as Jane Seymour, Brittney Mack as Anna of Cleves, Samantha Pauly as Katherine Howard, and Anna Uzele as Catherine Parr.

SIX will resume performances on Friday, September 17 and will celebrate its long-awaited official Broadway opening night on Sunday, October 3, 2021.

A limited number of $30 tickets will be sold to lottery winners for each performance.

Tony winner, Ben Platt, who reprises his performance on screen, in Dear Evan Hansen sang “Waving Through a Window” from Dear Evan Hansen. The film will be release September 23rd.

Two-time Tony Award nominee and Olivier Award nominee Adrienne Warren stars as Tina and out did herself as she sang Private Dancer, which Fallon requested. Nominated for 12 Tony Awards, Tina – The Tina Turner Musical will reopen at Broadway’s Lunt-Fontanne Theatre (205 West 46th Street) on Friday, October 8, 2021.

Adrienne Warren stars as Tina, but then leaves on Sunday, October 31, 2021, due to other commitments. An original Broadway cast member, Nkeki Obi-Melekwe played Tina in the West End. Expect Adrianne to win this years Tony Award for her stellar performance.

Then she performed “Defying Gravity” from Wicked with Jimmie Herrod and Northwell Health Nurse Choir!

“As Long As You’re Mine” from Wicked was performed by Lindsay Pearce and Sam Gravitte on Good Morning America.

The Broadway company of Chicago, strutted their stuff on ABC’s Good Morning America.

Bianca Marroquín led the company in the John Kander and Fred Ebb classic “All That Jazz” live in Times Square.