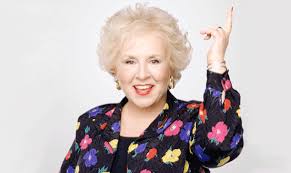 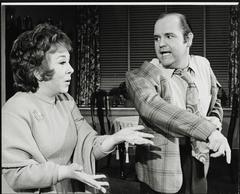 Doris Roberts, was a character actress best known for the the hit sitcom “Everybody Loves Raymond.” On Sunday she passed away at the age of 90, in Los Angles. Roberts was nominated for 11 Emmys, with seven for playing Marie Barone on “Raymond,” which ran from 1996-2005. She won four for her work on that series. She picked up her first Emmy in 1983 for a guest appearance on “St. Elsewhere.” 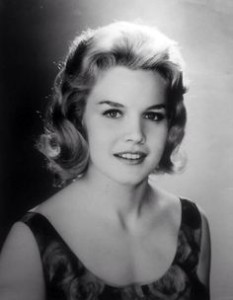 Doris May Green was born in St. Louis. Doris’ father deserted the family and her mother raised her in the Bronx. She took her stepfather’s surname of Roberts. Doris’ mother Ann and her stepfather ran the stenographic service Z.L. Rosenfield Agency, which catered to playwrights and actors. Roberts studied journalism, but decided acting was her profession and went to the Neighborhood Playhouse to study acting and joined the Actors Studio.

Roberts made her Broadway debut in 1955 in a revival of William Saroyan’s The Time of Your Life. In The Desk Set, starring Shirley Booth, she played a supporting role and served as stage manager. In Marathon ’33, starring Julie Harris she played a small role. Roberts starred with James Coco and Linda Lavin in Neil Simon’s comedy Last of the Red Hot Lovers in 1969-71. She appeared in Terrence McNally’s Bad Habits, starring F. Murray Abraham, in 1974 and made her final appearance on Broadway in 1978 in Cheaters.

She appeared on television in 1951 on the CBS show “Starlight Theatre” and “Ben Casey” and “Naked City” in the 1960s. In “Remington Steele” in 1983 she joined the show as Mildred Krebs. She recurred in the second season and became a series regular thereafter, appearing in 72 episodes of the show from 1983-87. 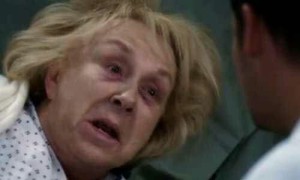 Her first Emmy was for the fourth episode in the initial season of “St. Elsewhere,” “Cora and Arnie,” in which she and James Coco, longtime friends, played a homeless couple who face devastation as she learns her feet must be amputated. In a 2007 on “Law & Order: Criminal Intent,” Roberts played the ill, mistreated matriarch of an aristocratic New York family. She guest stared on “Soap,””Mary Tyler Moore Show,” “Mary Hartman, Mary Hartman” (as a faith healer), “All in the Family,” “Rhoda,” “Barney Miller,” “Alice,” “Cagney & Lacey,” “Full House,””Perfect Strangers,””Grey’s Anatomy,” “The Middle” (reuniting with “Raymond’s” Patricia Heaton), “Hot in Cleveland,” “Desperate Housewives” and “Melissa & Joey.” 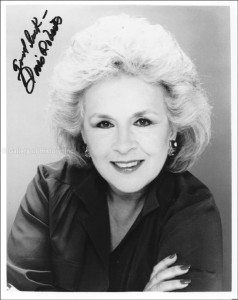 In September 2002 she testified before the Senate Special Committee on Aging about age discrimination in Hollywood and how the problem is particularly acute for women. She was the longtime chair of the Children Affected by AIDS Foundation, using her Hollywood connections to fundraise.

Roberts was married twice, the first time to Michael Emilio Cannata from 1956 until their divorce in 1962 and the second time to novelist and playwright William Goyen, to whom she was married from 1963 until his death in 1983. 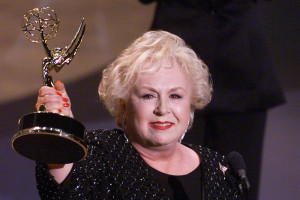 She is survived by her son Michael, from her first marriage, who was also her manager; and three grandchildren.

Suzanna BowlingJanuary 26, 2023
Read More
Scroll for more
Tap
It’s No Surprise Hamilton Wins Pulitzer Prize
When I was a Girl I Used to Scream and Shout Mother Daughter Relationships at Stake