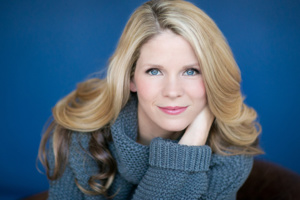 Producer Mark Cortale’s Broadway concert series, hosted by Sirius XM radio star Seth Rudetsky, has announced that Tony Award nominee and star of The CW’s “Supergirl” Jeremy Jordan will join the internationally acclaimed series at the Herbst Theatre in San Francisco this season on Sunday, March 18 at 5:00 PM. He will follow Kelli O’Hara, Tony Award winner for “The King and I” who performs this month on Sunday, January 28 at 5:00 PM. The star-studded season kicked off with Tony winner Jessie Mueller’s smash hit season opener this past October. The format of the concert will be a seamless mix of intimate behind-the-scenes stories prompted by Rudetsky’s insightful, funny and revealing questions – and the music from the artists’ unique careers. This is a spontaneous evening of show-stopping songs and hilarity not to be missed. The Broadway @ The Herbst series will be raising funds this season for San Francisco Gay Men’s Chorus, Project Open Hand and Broadway Cares/Equity Fights AIDS. For tickets and information, please visit www.cityboxoffice.com/ or call (415) 392-4400.

Kelli O’Hara (performing on January 28) won the 2015 Tony Award for Best Leading Actress in a Musical for her performance as Anna Leonowens in the critically acclaimed revival of “The King and I,” in addition to Drama League and Outer Critics nominations. She is currently appearing as Jackie in the second season of Netflix’s hit “13 Reasons Why” and recently completed shooting the upcoming series “The Accidental Wolf.” Last year, she joined Showtime’s “Masters of Sex” as Michael Sheen’s long-lost love, Dody, and can be seen in on CBS All Access’ “The Good Fight.”   She starred as Mrs. Darling in NBC’s Live Telecast of “Peter Pan” alongside Allison Williams, Christopher Walken and Christian Borle, and following that, Kelli made her Metropolitan Opera debut in the production of “The Merry Widow” with Renee Fleming. For the 2014 Broadway season, she received Tony, Drama Desk, Drama League and Outer Critics Circle nominations for her performance as Francesca in the musical adaptation of “The Bridges of Madison County.” Other starring roles on Broadway include co-starring with Matthew Broderick in “Nice Work If You Can Get It” (Tony, Drama Desk, Drama League, and Outer Critics Circle nominations), “South Pacific” at Lincoln Center (Tony, Drama Desk, and Outer Critics Circle nominations), co-starring with Harry Connick, Jr. in “The Pajama Game” (Tony, Drama Desk, and Outer Critics Circle Award nominations), “The Light in the Piazza” (Tony and Drama Desk nominations), “Jekyll & Hyde,” “Follies,” “Dracula,” and “Sweet Smell of Success” opposite John Lithgow. Kelli received critical acclaim for her performances at the New York Philharmonic’s productions of “Carousel” & “My Fair Lady” as both Julie Jordan & Eliza Doolittle respectively. She has sold out her solo show at Carnegie Hall & Town Hall and performed with symphonies and orchestras across the country. Her film and television credits include “Sex and the City 2,” “Blue Bloods,” “All Rise,”  PBS’s “Alexander Hamilton” with Brian F. O’Byrne, “NUMB3RS,” “All My Children,” and the animated series “Car Talk.” She has released two solo albums “Always” & “Wonder in the World.”

Jeremy Jordan (performing on March 18) first appeared on Broadway in the musical “Rock of Ages.”  He then won the starring role of Tony in Broadway’s revival of “West Side Story” followed by the initial production of “Bonnie & Clyde” in Sarasota, Florida, starring opposite Laura Osnes. This was followed by his first feature film, “Joyful Noise,” opposite Dolly Parton and Queen Latifah. Todd Graff, who wrote and directed the film, decided to cast him in the movie after coincidentally attending Jeremy’s very first performance as the lead in Rock of Ages. In the fall of 2011, Jeremy was cast as Jack Kelly in Disney’s world premiere production of “Newsies” at Paper Mill Playhouse in New Jersey. He played Jack at night, and during the day rehearsed the Broadway production of “Bonnie & Clyde,” after which he returned to “Newsies” to star in its new run on Broadway, which earned him critical raves and a Tony nomination as Best Actor in a Musical for this star-making role – and a Grammy nomination for the “Newsies” cast album. While starring in “Newsies” on Broadway at night, he appeared regularly on NBC’s hit series “Smash.” Jeremy also starred in the film adaptation of “The Last 5 Years,” opposite Oscar and Tony nominee, Anna Kendrick, from the cult musical from Jason Robert Brown was directed by Richard LaGravenese. Jeremy also starred as real life “Peter Pan” writer J.M. Barrie in the stage musical version of “Finding Neverland,” directed by Tony-winner Diane Paulus at Boston’s legendary A.R.T. theatre. This year, Jeremy reprised his role as Jack Kelly in Disney’s live filmed stage production of “Newsies” which opened in movie theaters this past February. He also appears as the voice of Varian in Disney Channel’s new animated series, “Tangled,” based on the 2010 hit movie.  Currently, Jeremy stars in The CW drama “Supergirl” opposite Melissa Benoist.

Seth Rudetsky (Broadway series host) is the afternoon host on Sirius/XM Satellite Radio’s “On Broadway” as well as the host of Seth Speaks on Sirius/XM Stars. As an author, he penned  “My Awesome/Awful Popularity Plan” and the sequel “The Rise And Fall Of A Theater Geek” (Random House) as well as three volumes of “Seth’s Broadway Diary” featuring inside scoop and hilarious stories from all of the stars he’s worked with. He co-wrote and co-starred in “Disaster!” (NY TIMES “critics pick”) last season on Broadway. “Disaster!” also premiered to rave reviews in London’s West End in November. In June 2016, he and his husband, James Wesley,  co-produced a recording of  “What The World Needs Now” with stars like Idina Menzel, Lin-Manuel Miranda, Carole King, Audra McDonald which went to number one on iTunes and raised $100,000 for the Orlando shooting victims (and is still raising money. Buy it!). On Inauguration Day 2017, he and James started “Concert For America”, a monthly series around the country (including S.F.!) helping 5 non-profits being hurt by the current administration. Stars such as Kelli O’Hara, Barry Manilow, Stephanie Mills, Vanessa Williams, Andy Cohen and more have performed and you can watch the next one streamed live on ConcertsForAmerica.com. For more information visit www.sethrudetsky.com.

Mark Cortale is the Producing Artistic Director at The Art House in Provincetown, Massachusetts. He produced Deconstructing Patti on Broadway this past September at the Nederlander Theatre with Broadway Cares/Equity Fights AIDS starring Patti LuPone and Seth Rudetsky which raised over $280,000 in one night. He also launched the Broadway @ concert series in 2011 at The Art House. The series, featuring creative partner Seth Rudetsky as music director and host, had its seventh season this past summer and guest artists included Sutton Foster, Jessie Mueller, Megan Hilty, Faith Prince, Beth Malone, Melissa Errico and Michael Cerveris. The Broadway @ series also premiered in 2013 in New Orleans, in Australia (Sydney & Melbourne) with Megan Mullally and in London’s West End with Patti LuPone at the Leicester Square Theater. The series has since travelled to cities that include Chicago @ The Steppenwolf, Beverly Hills @ The Wallis,  Fort Lauderdale @ The Parker Playhouse, San Francisco @ The Herbst Theatre and Scottsdale @ Scottsdale Center for the Arts. Other artists who have participated include Audra McDonald, Patti LuPone, Christine Ebersole, Chita Rivera, Kelli O’Hara, Neil Patrick Harris, Sarah Jessica Parker, Matthew Broderick, Rosie O’Donnell, Vanessa Williams and Gavin Creel.  Mark also produced the feature film “Varla Jean and the Mushroomheads” and the web television series “Seth’s Reality”.  He manages the singing string quartet Well-Strung which he co-founded. Info at markcortalepresents.com.