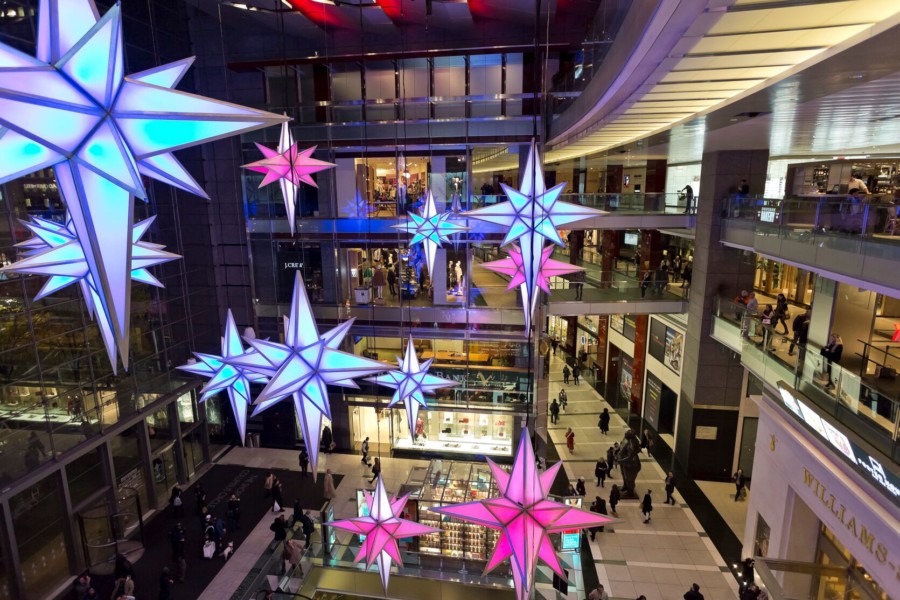 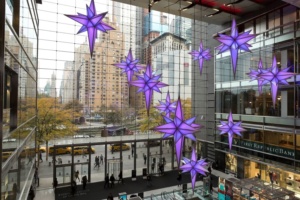 If you are making your list and checking it twice for the holidays, best note that The Shops at Columbus Circle, for the third year in a row, will offer free Broadway concerts and performances under the famous “Holiday Under The Stars.” On Monday, November 12 the “stars” will be lit and the first of five consecutive weeks of Monday Broadway performances begin.

We all know that no one does the holidays better than New York and that the city is synonymous with Broadway. Broadway is teaming up with Manhattan’s premier shopping destination, The Shops at Columbus Circle, for a five-week series of free public concerts and performances. No tickets or reservations are required to experience the magic of Broadway at The Shops at Columbus Circle, just show up.

“Broadway Under The Stars” will be held on the second-floor mezzanine, with the final performance of the Broadway series on Dec. 10 against the backdrop of the famous twelve massive stars. These stars are the largest specialty crafted exhibit of illuminated color display in the world, which hang from the 100-foot-high ceilings.

The performances will run every Monday at 5:00 p.m. on the second-floor mezzanine. Locations within The Shops at Columbus Circle may change, so please check the website for updates. The casts will perform songs from the given musicals for approximately 20 minutes.

Visit www.theshopsatcolumbuscircle.com for more information and an ever-changing list of events and happenings.