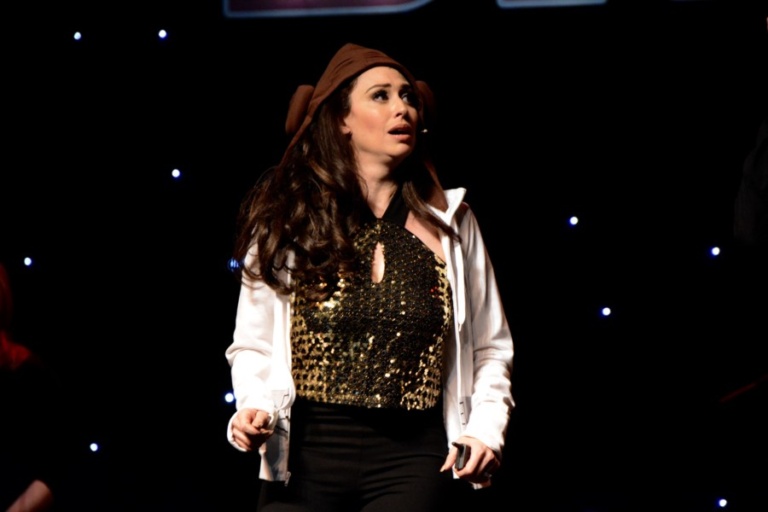 From Bakery to Broadway

Broadway shows are seen and heard, but Waitress the musical can be smelled and tasted! From pie jars available at concessions to the smell of oven-baked pie welcoming guests to the theater, Waitress transports the audience to Joe’s Diner. The production features real pies developed by Waitress’s very own Pie Consultant and life-like props that look good enough to eat. Discover the fun and the fury of having pastries as props from a cast member, prop master, and the baker behind the delicious world of Waitress.

It’s Sunday morning, so come join us bright and early for Broadway Church with the one and only Lesli Margarita! This unique and unscripted moment with the Queen herself will lift your spirits, guide your path, and elevate your soul. Father Rabbi Minster Imam Auntie Lesli will share what she knows and even take some questions from her congregants during this intimate sermon. #RuleYourKingdom.

Join host Patrick Hinds in conversation with some of his favorite guests! We’ll catch up, dish, and answer YOUR questions!

BroadwayCon is theatre’s answer to comic-con, tailor made for fans. From January 26–28, 2018, join some of Broadway’s biggest fans, performers, and creators from classic and current shows as we gather at the Jacob K. Javits Convention Center to perform, discuss, debate, and celebrate theatre. BroadwayCon 2018 will feature panels, performances, interviews, workshops, singalongs, and more, all packed into an epic three-day weekend. Past panels have included previews from upcoming Broadway shows, conversations with the casts and creatives of this season’s hits, and discussions featuring the industry’s top producers and designers, not to mention the giant Opening Ceremony, nighttime concerts, and dance parties. BroadwayCon is produced by Mischief Management. The BroadwayCon Artistic Director of Headline Programming is David Alpert.

Shows to be Excited for: Spring 2018: The Who’s Who Who’s Coming to Broadway
Lizzie – Sisters Are Doin’ It For Themselves