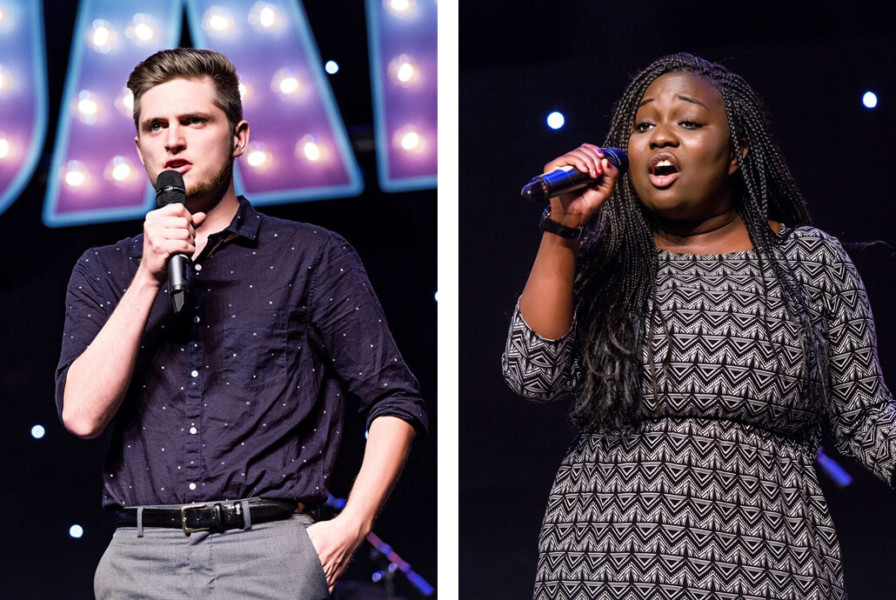 BroadwayCon: BroadwayCon Star To Be Competition Partners With The Jimmy Awards

BroadwayCon: BroadwayCon Star To Be Competition Partners With The Jimmy Awards

Casting call! BroadwayCon is seeking specialty acts for the second annual BroadwayCon Star To Be competition in partnership with the Jimmy® Awards, the annual high school musical theatre showcase presented by The Broadway League Foundation. Up to ten finalists will be selected to perform on the BroadwayCon MainStage for a panel of three celebrity judges and a room full of fellow Broadway fans on Saturday, January 27, 2018.

Specialty acts should be inspired by a Broadway play or musical and recreatable at BroadwayCon. Vocal solos, duets, group numbers, dances, band performances, and more are all encouraged. Submissions are due by October 13, 2017, and finalists will be announced beginning November 15. The winner of BroadwayCon Star To Be, selected by our judges at BroadwayCon, will be awarded a General Pass and hotel accommodations for BroadwayCon 2019. For more information, please visit www.BroadwayCon.com/Star-To-Be.

BroadwayCon is theatre’s answer to comic-con, tailor made for fans. From January 26–28, 2018, join some of Broadway’s biggest fans, performers, and creators from classic and current shows as we gather at the Jacob K. Javits Convention Center to perform, discuss, debate, and celebrate theatre. BroadwayCon 2018 will feature panels, performances, interviews, workshops, singalongs, and more, all packed into an epic three-day weekend. Past panels have included previews from upcoming Broadway shows, conversations with the casts and creatives of this season’s hits, and discussions featuring the industry’s top producers and designers, not to mention the giant Opening Ceremony, nighttime concerts, and dance parties. BroadwayCon is produced by Mischief Management. The BroadwayCon Artistic Director of Headline Programming is David Alpert.

The Jimmy Awards, presented by the Broadway League Foundation, is the culmination of 37 regional high school musical theatre competitions  throughout the United States. A Best Actress and Best Actor winner from each of these competitions is sent to New York for a week-long theatre intensive of coaching and rehearsals with industry professionals in preparation for a one-night-only showcase on Broadway, where a panel of judges crowns the nation’s top performers. For more information, please visit JimmyAwards.com.