Dave Quinn asks, “It’s been a year since Dear Evan Hansen burst onto the scene, earning six Tony Awards, what are the challenges of stepping into a role that earned its originator raves? Taylor Trensch before his opening, Noah Galvin and Steven Levenson answer. 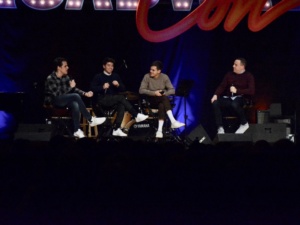 On January 30th Taylor Trensch stepped into the title role earlier than anticipated. 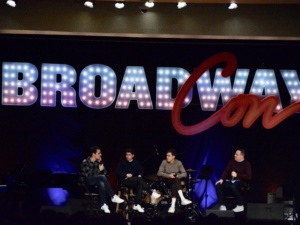 The production issued the following statement: “Taylor made a surprise debut in Dear Evan Hansen last night! He’ll perform as Evan Hansen on 1/31 at 8 PM, 2/1 at 7 PM and 2/3 at 2 PM. Noah Galvin will perform all other shows this week. Noah’s final performance is Sunday, 2/4 and Taylor’s first ‘official’ performance is Tuesday, 2/6.”

Trensch originated the role of Barnaby Tucker in the Tony-winning Hello, Dolly! revival. He has also appeared on Broadway as Christopher in The Curious Incident of the Dog in the Night-Time, Michael Wormwood in Matilda and Boq in Wicked. Trensch’s off-Broadway credits include Rent and Bare. In this video you will see how widely funny he is.