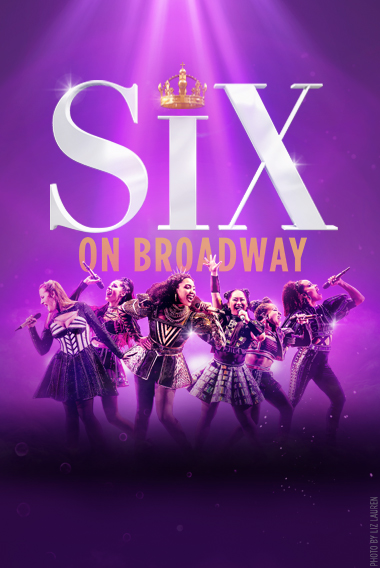 At BroadwayCon’s First Look, attendees will be treated to an exclusive showcase of performances from the newest and most talked-about shows of the season. The lineup currently includes seven exciting shows, all performing exclusively for BroadwayCon fans.

Admission to First Look is included in all BroadwayCon tickets, starting at just $80. For the first time, First Look will take place on the first day of BroadwayCon, Friday, January 24, 2020, leading into a full weekend of programming and events celebrating Broadway and theatre.

First Look 2020 will feature performances from SIX, Jagged Little Pill, Mrs. Doubtfire, Girl from the North Country, Emojiland, Between The Lines, and Tony Award-winning Hadestown. Additional appearance will be announced at a later date. Tickets are available now at BroadwayCon.com/register.

“BroadwayCon’s First Look is one of the only times a theatre fan can see a preview of the year’s most exciting offerings,” says Melissa Anelli, CEO of Mischief Management and Co-Founder of BroadwayCon. “There is no better chance for fans to experience performances from so many Broadway shows all in one place. With this showcase now on the first day of BroadwayCon, we’ll be able to bring all that enthusiasm for the current season of Broadway shows with us all weekend.”

About Between The Lines

Based on the novel by New York Times bestselling author Jodi Picoult and her daughter Samantha Van Leer, Between the Lines is an empowering and enchanting new musical for any of us seeking to find our place in the world. An outsider in a new town and a new school, Delilah seeks comfort in the pages of her favorite book, where she feels heard and understood. But as the lines between the two worlds of reality and fantasy begin to blur in extraordinary and astonishing ways, Delilah has to confront whether she alone has the power to rewrite her own story.

Not to be confused with, and very much unlike The Emoji Movie, Emojiland is an electric ensemble piece about a diverse community of archetypes who take one another at face value: a smiling face dealing with depression; a princess who doesn’t want a prince; a skull dying for deletion; a nerd face too smart for his own good; a face with sunglasses who can’t see past his own reflection; and a police officer and construction worker who just want to work together. When a software update threatens to destroy life as they know it, Emojiland faces the most fundamental questions a society – and a heart – can face: Who are we? And who matters?

About Girl From The North Country

1934. A time-weathered guesthouse in the heartland of America. Only a song can shake off the dust for one group of wayward souls—and old dreams may hold the promise of new beginnings. As they pass in and out of each other’s lives, their stories awaken with passion, fury and extraordinary beauty. Reimagining the music of Bob Dylan as roof-raising ensemble pieces and soul-stirring solos, celebrated playwright Conor McPherson (The Weir, The Seafarer) writes and directs this heartbreaking and universal story about family and love.

Welcome to HADESTOWN, where a song can change your fate. This acclaimed new musical by celebrated singer-songwriter Anaïs Mitchell and innovative director Rachel Chavkin (Natasha, Pierre & The Great Comet of 1812) is a love story for today… and always. HADESTOWN intertwines two mythic tales – that of young dreamers Orpheus and Eurydice, and that of King Hades and his wife Persephone – as it invites you on a hell-raising journey to the underworld and back. Mitchell’s beguiling melodies and Chavkin’s poetic imagination pit industry against nature, doubt against faith, and fear against love. Performed by a vibrant ensemble of actors, dancers and singers, HADESTOWN is a haunting and hopeful theatrical experience that grabs you and never lets go.

Inspired by the themes and raw emotions laid bare in Alanis Morissette’s seminal album of the same name, JAGGED LITTLE PILL is an exhilarating new Broadway musical powered by an original story from Academy Award-winning writer Diablo Cody (Juno, Tully) about The Healys — a seemingly perfect suburban family who strives to hide the cracks beneath the surface when a troubling event shakes their community. Directed by Tony Award winner Diane Paulus (Waitress, Pippin), JAGGED LITTLE PILL is “Urgent, wildly entertaining, and wickedly funny in all the right places” (The Boston Globe), ignited by Morissette’s groundbreaking music – including such hits as “You Oughta Know,” “Head Over Feet,” “Hand In My Pocket,” and “Ironic” – plus songs newly written for the show. Declared a “Critic’s Pick” upon its Opening Night on Broadway this month, The New York Times hails JAGGED LITTLE PILL as “joyful and redemptive, rousing and real.” Rolling Stone awards the musical “Four stars! Jagged Little Pill Burns with Passion. It’s essential medicine that must be swallowed and enjoyed so we can be cured. I want to see it again, and again.”

Divorced, beheaded, died, divorced, beheaded, survived. From Tudor Queens to Pop Princesses, the SIX wives of Henry VIII take the mic to reclaim their identities out of the shadow of their infamous spouse-remixing five hundred years of historical heartbreak into an exuberant celebration of 21st century girl power. The female cast is backed by an all-female band, the “Ladies in Waiting.” Songs from the studio album are streamed on average 300,000 times per day, making it the second highest streaming cast recording in the world.

Daniel Hillard, a struggling, out-of-work actor, will do anything for his kids. After losing custody in a messy divorce, he disguises himself as Scottish nanny Euphegenia Doubtfire in a desperate attempt to stay in their lives. As his new persona begins to take on a life of her own, Mrs. Doubtfire teaches Daniel more than he bargained for about how to be a father. A hysterical and heartfelt story about holding onto your loved ones against all odds, Mrs. Doubtfire is the next big musical comedy for families-of all kinds.

BroadwayCon is theatre’s answer to comic-con, tailor made for fans. From January 24-26, 2020, join some of Broadway’s biggest fans, performers, and creators from classic and current shows as we gather at the Hilton Midtown to perform, discuss, debate, and celebrate theatre. BroadwayCon 2020 will feature panels, performances, interviews, workshops, singalongs, and more, all packed into an epic three-day weekend. Past panels have included previews from upcoming Broadway shows, conversations with the casts and creatives of this season’s hits, and discussions featuring the industry’s top producers and designers, not to mention the giant Opening Celebration and nighttime fun and games. BroadwayCon is produced by Mischief Management.