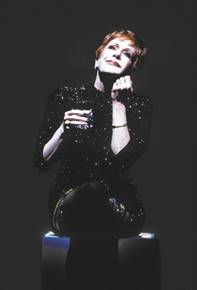 BroadwayHD, the premiere streaming service for theater fans, is honoring the lives and legacies of theater legends Stephen Sondheim and Andrew Lloyd Webber, who are celebrating their 90th and 72nd birthdays on March 22nd, with a special playlist this March.

To commemorate the famous composers’ birthdays, BroadwayHD fans will be able to stream some of their most beloved productions from each of their incredible theater careers. Popular Broadway productions from Sondheim and Webber including Sweeney Todd: The Demon Barber of Fleet Street,Gypsy, Putting It Together, Cats, Phantom of the Opera, and more will be available on BroadwayHD beginning March 1.

For a full list of shows available on the playlist, see below:

BroadwayHD, founded in 2015 by Tony Award®-winning producers Stewart F. Lane and Bonnie Comley, is the only streaming service offering premium full-length stage plays and musicals captured specifically for multi-platform viewing to theatre fans across the globe. In addition to exclusive live-streamed content of the world’s best productions, BroadwayHD offers subscribers unlimited on-demand access to a library of more than 250 theatre productions from Broadway, The West End and beyond.  If You Can’t Get to Broadway, Get to BroadwayHD.