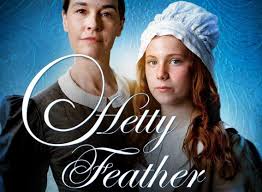 BroadwayHD is inviting subscribers this month to run away to the circus, kick-up their heels and dance along with some of the most elite Irish dancers, and enjoy some of their favorite moments from the cannon of Oscar Wilde! In March, BroadwayHD, the premier streaming service for live theater, will be adding a number of standout performances to their service including the West End production of family favorite Hetty Feather directed by the Olivier award-nominated Sally Cookson.  March will also mark a celebration of the legendary Irish playwright Oscar Wilde with four of his plays filmed from West End performances that made up Classic Spring’s Oscar Wilde Season. Finally, BroadwayHD’s line-up will be rounded out with a special St. Patrick’s Day playlist debuting on March 13th featuring some of the most excitingRiverdance performances from around the globe.

BroadwayHD co-founders and award-winning theater producers and filmmakers Stewart F. Lane and Bonnie Comley said, “With the addition of some of the most premiere performances of plays such as Hetty Feather, as well as the Oscar Wilde plays most recently performed on the West End, we are giving theater fans in the U.S. and across the globe access to even more of the hit shows and the biggest stars they adore.”

So, theater fans, rejoice! Here’s a rundown of what’s new on BroadwayHD in March:

·       March 2019 (Multiple Debut Dates): A tribute to one of the greatest playwrights of all time, Oscar Wilde, BroadwayHD will be bringing four of his most renown plays to the service.  All plays were part of Classic Spring’s Oscar Wilde Season and originally were seen on stage in London’s West End in 2017. They include:

o   A Woman of No Importance (March 7th): Olivier Award-winning actress Eve Best stars in Dominic Dromgoole’s West End production of this drama that was filmed for BroadwayHD.  One of Wilde’s seminal plays, A Woman of No Importance follows an earnest young American woman, a disreputable English Lord and a naïve young man as they attend a bizarre house party, packed full of fools and grotesques.  Close by, a woman lives along, harboring a deadly secret.  A witty drama about survival and reputation, the play promises to be wildly entertaining.

o   Lady Windermere’s Fan (March 7th): a new production of Oscar Wilde’s social comedy, Lady Windermere’s Fan, directed by award-winning writer, actor and director Kathy Burke for fans of the playwright to enjoy.  In this West End production, Burke brings together a talented comedic cast including the Olivier Award winning actress Samantha Spiro as Mrs. Erlynne.  First performed in 1892, Lady Windermere’s Fan explores the ambiguity of upper-class morality and the fragile position of women in society in the late Victorian era.  Cast also includes Kevin Bishop as Lord Darlington, and Jennifer Saunders as the Duchess of Berwick, marking her return to the West End stage for the first time in over twenty years.

o   An Ideal Husband (March 21st): Real life father and son Edward and Freddie Fox play fictional father and son in this West End production of the popular Oscar Wilde Play filmed for BroadwayHD.  The comedy was originally written in 1895 and takes place over the course of 24 hours in London high society where an ambitious government minister is blackmailed. Frances Barber also stars as Mrs. Cheveley.

·       March 28, 2019-Hetty Feather–From the best-selling author Jacqueline Wilson, the tale of plucky Hetty Feather is brought thrillingly to life on stage by award winning script writer Emma Reeves (CBBC’s The Story of Tracy Beaker) and by Olivier Award nominated director Sally Cookson, whose many five star productions include Peter Pan, We’re Going on a Bear Hunt, and Stick Man.  With an original musical score by Benji Bower, circus skills and a huge heart, Hetty Feather is a terrific adventure story! Starring BAFTA-nominated actress Phoebe Thomas in the title role, this production of Hetty Feather was filmed from the 2015 Olivier nominated production on the West End in London.

BroadwayHD introduces award-winning theater from all across the globe with both classic and modern productions. Fans can expect to see the full works of Shakespeare, awe-inspiring performances from Cirque du Soleil and a selection of the world’s greatest musicals including Phantom of the Opera, Oklahoma, Billy Elliot, Cats, and Les Miserables. All performances are adapted specifically for streaming audiences to maximize the entertainment experience. To learn more about BroadwayHD, visit www.broadwayhd.com