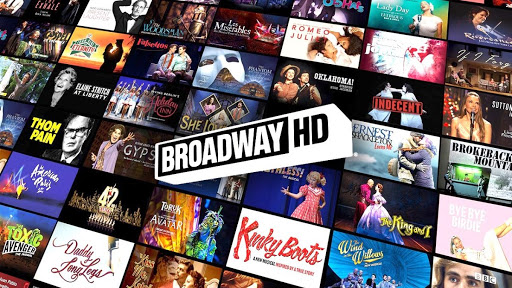 Shorter days, and cooler nights means it’s time to cozy up with some hot performances on BroadwayHD, the premier streaming service for theater fans!  Today, the streaming platform announced their robust November lineup filled with rockin’ musical numbers, thrilling operas, and even a little holiday cheer.  On November 1st, BroadwayHD will re-release Hedwig and the Angry Inch, the film based on the off-Broadway smash hit, and the popular musical comedy Meshuga Nutcracker, which celebrates Chanukah like never before, will make its way back to the platform on November 5th.   Then on November 11th, the unique digital capture of Who’s Your Baghdaddy? Or How I Started the Iraq War, an Australian production and New York Times Critics’ Pick inspired by a true story will debut on the site.  Aptly arriving on Friday the 13th of November,  A Killer Party: A New Digital Musical, starring Laura Osnes, Jeremy Jordan, and Alex Newell, which was filmed in quarantine, brings a scary good time to the platform. The series was directed by Marc Bruni, and includes music by Jason Howland, lyrics by Nathan Tysen, and a book by Kait Kerrigan.  San Francisco Opera’s awe-inspiring production of Moby Dick Opera arrives on November 17th.  The award-winning documentary One Night Stand, which gives a behind-the-scenes look at New York’s 24 hour musicals, arrives on November 24th, while Lenny Bruce Without Tears, a documentary about the outrageous, groundbreaking comic, debuts to BroadwayHD subscribers on November 28th.

“This month, we are looking forward to not only debuting a delightful mix of critically acclaimed productions on our site, but also expanding our opera, movie musical, and documentary offerings.” said BroadwayHD co-founders, award-winning producers and filmmakers Stewart F. Lane and Bonnie Comley. “There’s truly something for every theater lover on BroadwayHD .”

See below for a full line-up of what BroadwayHD subscribers can see starting this November: