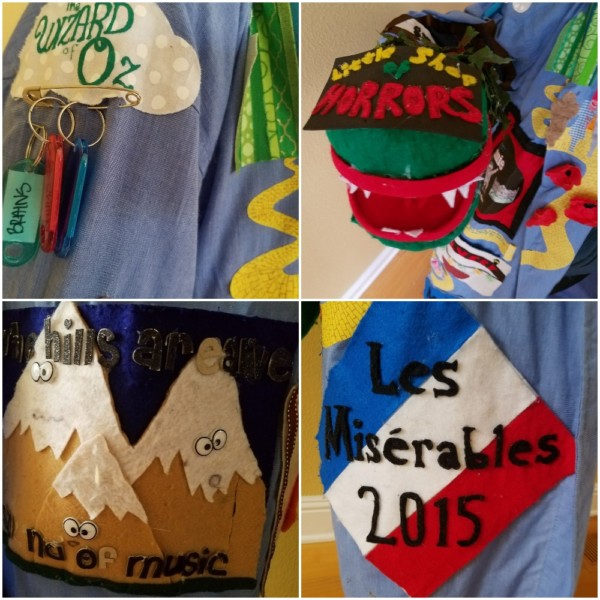 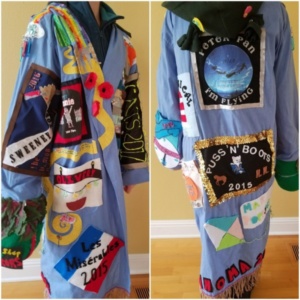 On opening night of every Tony-eligible Broadway chorus musical, the cast, crew, producers, and box office team gather for the Gypsy Robe. Presented to the show’s ensemble member with the most Broadway chorus credits, the robe pays homage to gypsies—those cast members traveling show to show, following the work, slogging it in the ensemble. Endowed with the history of its Broadway predecessors, the robe brings luck to the new arrival. 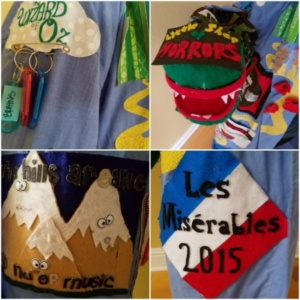 The tradition dates to the 1950 production of “Gentlemen Prefer Blondes,” when dancer Bill Bradley used to steal cast mate Florence Baum’s dressing robe and run around backstage in it to entertain the company. Baum and Bradley decided to pass along the robe to their friend, Arthur Partington, in honor of his opening in “Call Me Madam.”

Actors’ Equity Association decided to rename Broadway’s “Gypsy Robe” ceremony, as a response to the cultural implications of the term—follows a vote by AEA’s National Council.

The ceremony dates back to 1950 and involves the passing of a robe to each musical featuring a chorus on its respective opening night. The chorus member with the most Broadway credits dons the robe, circles the stage three times (with fellow cast members touching the robe as it passes), and “blesses” each dressing room. A panel representing the musical is added to the robe before it’s passed on to the next opening production.

Actors’ Equity Association has announced that a new name has been chosen for the tradition formerly known as the “Gypsy Robe.” Moving forward, the Robe and tradition will be referred to as the “Legacy Robe” – a name chosen by members in a survey.

“The Legacy Robe reminds us why our tradition exists. It emphasizes the history of Chorus performers, their years of dedication and hard work and just how essential they are to every Broadway musical,” said Mary McColl, Executive Director of Actors’ Equity. “The ceremony on opening night will go on like it has for years, and I look forward to celebrating another season’s long serving Chorus performers with recognition of their professionalism as they receive the Legacy Robe.”

The name change came following a multi-step process that included a vote of Equity’s National Council, and recommendations from Equity’s Advisory Committee on Chorus Affairs and National Equal Employment Opportunity Committee. Following that, members voted on the name change in a survey.

The name “Legacy Robe” describes the tradition that occurs on opening night of every Broadway chorus musical. The Robe is given to the Chorus member that has worked the most Broadway chorus contracts.

The next presentation of the Legacy Robe will take place on July 26 at the Hudson Theatre, where the musical Head Over Heels will open.

Following the tradition, the Robe recipient circles the stage three times while cast members reach out and touch the Robe for good luck. The recipient of the Robe then visits each dressing room to “bless” the show. A decorative panel representing their show is then sewn onto the Robe, which is passed on to a recipient in the next chorus musical that opens.

Three retired Robes are at the Lincoln Center Library of the Performing Arts; there are also Robes at the Smithsonian Institute in Washington, DC, and at the Museum of the City of New York. All others are with Actors’ Equity.