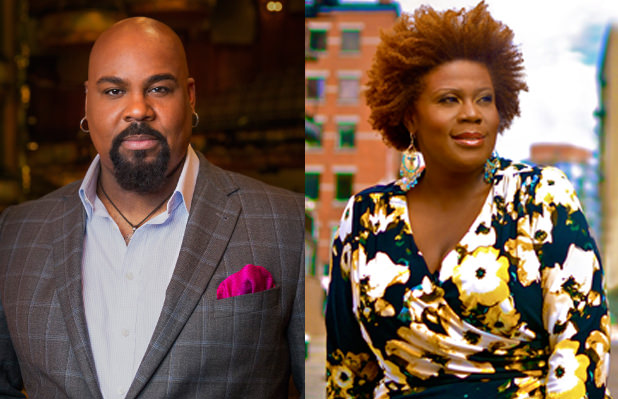 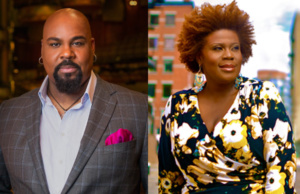 The New York Pops and Music Director Steven Reineke are joined by Tony Award winner James Monroe Iglehart (currently appearing as Marquis de Lafayette and Thomas Jefferson in Hamilton, and previously seen as the Genie in Aladdin and Bobby in Memphis) and Broadway regular Capathia Jenkins (Medda in Newsies, as well as appearances in Caroline, Or Change, and Martin Short: Fame Becomes Me) for Heart and Soul on Friday, February 2 at 8:00 p.m. in Stern Auditorium / Perelman Stage at Carnegie Hall.

The concert features songs re-imagined for a full symphony orchestra such as “I’m Gonna Make You Love Me,” “Let’s Stay Together,” and “Ordinary People,” made famous by an honor roll of R&B legends including Al Green, Aretha Franklin, John Legend, and more.

The New York Pops’ 2017-18 season also includes The Best of Hollywood: Blockbuster Film Scores on Friday, March 9 at 8:00 p.m.; and the orchestra’s 35th Birthday Gala on Monday, April 30 at 7:00 p.m. paying tribute to Alan Menken’s contributions to stage and screen.

Tony Award winner James Monroe Iglehart is a native of the San Francisco Bay area. He currently plays the dual roles of Lafayette/Jefferson in the Broadway production of Hamilton. He made his Broadway debut in The 25th Annual Putnam County Spelling Bee. Iglehart then originated the role of Bobby in Memphis on Broadway before landing the role of Genie in Aladdin. For his work as the Genie, James won both the Tony Award and the Drama Desk Award for Best Featured Actor in a Musical. James made his sold-out solo debut at 54 Below in a show entitled “How the Heck Did I Get Here?” He was brought back for a sold-out return engagement shortly thereafter. James has brought his act to concert venues across the country. He has appeared recurringly on the Netflix series Unbreakable Kimmy Schmidt as Coriolanus Burt, the rival of male protagonist Titus Andromedon played by Tituss Burgess. James also guest-starred on the FOX television show Gotham and on CBS’ Elementary. He voices the role of Lance Strongbow on all three seasons of the hit Disney animated television show Tangled. His upcoming work includes his feature debut opposite Richard Gere, Peter Dinklage, and Julianna Margulies in the The Three Christs of Ypsilanti and a major recurring role in the new Netflix series Maniac opposite Jonah Hill and Emma Stone.

The Brooklyn-born and raised actress Capathia Jenkins most recently starred as Medda in the hit Disney production of Newsies on Broadway. She has also been seen on Broadway in The Civil War, where she created the role of Harriet Jackson; The Look of Love; Caroline, Or Change; and Martin Short – Fame Becomes Me, where she brought the house down every night. Ms. Jenkins was also seen on the NBC production of The Wiz Live! An active concert artist, Ms. Jenkins has appeared with orchestras around the world, including the Cleveland Orchestra, Cincinnati Pops, The New York Pops, Philly Pops, National Symphony Orchestra, and Hong Kong Philharmonic, among many others. Capathia had the great honor of performing in the “Broadway Ambassadors to Cuba” concert as part of the Festival de Teatro de La Habana. Highlights include a tribute to her friend Marvin Hamlisch at the Library of Congress. Capathia has been featured on original cast recordings for Martin Short: Fame Becomes Me; Caroline, or Change; Godspell; and Children of Eden, as well as on the soundtracks for Smash (seasons 1 and 2), Nine, Chicago, Mission to Mars, and Legally Blonde 2. www.capathiajenkins.com

Suzanna BowlingAugust 14, 2022
Read More
Scroll for more
Tap
Dee Dee Bridgewater and Wé McDonald, of The Voice Celebrate Ella Fitzgerald
Harry Potter and the Chamber of Secrets Live in Concert: A Magical Experience at the Theater