The theatre lost some great artists and T2C’s feels a special loss for the loss of the great Barbara Harris. Ms. Harris was a stage, screen and improv actress, died today from metastatic lung cancer at 83. Ms. Harris, was a founding member of the Second City improvisational theater. It was Second City that led Harris to make her Broadway debut in 1961 with the troupe’s musical revue From Second City.  Next came a role Off-Broadway  in Oh Dad, Poor Dad, Mamma’s Hung You in the Closet and I’m Feelin’ So Sad, for which she won the 1962 Obie Award for supporting actress, a role which she recreated for the film adaptation. Her next Broadway stint was in a brief 1963 revival of Mother Courage and Her Children, after which she planned to return home to Chicago. She was approached by both Richard Rodgers and Alan Jay Lerner to star in new musicals they were writing. The show was On a Clear Day You Can See Forever. That led to Bock and Harnick’s, The Apple Tree, which won her a Tony Award. 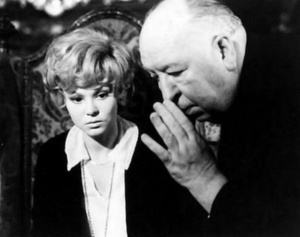 Harris went on to appear in the films Plaza Suite, A Thousand Clowns, Freaky Friday, Robert Altman’s Nashville, Peggy Sue Got Married, and Who Is Harry Kellerman, and Why Is He Saying Those Terrible Things About Me?, for which she received a 1972 Academy Award nomination for Best Actress in a Supporting Role. 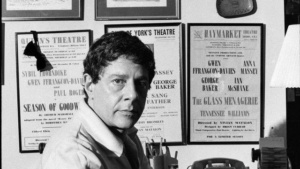 Vivian Matalon, Tony-Winning actor director, has dies from complications of diabetes. He was 88. His spouse, was the playwright and actor Stephen Temperley. Matalon’s last Broadway credit was Temperley’s play Souvenir, with Judy Kaye and Donald Corren, in 2005. The play is based on the true story of Florence Foster Jenkins, which ended up as a movie starring Meryl Streep. While performing in The Iceman Cometh in 1958 — playing the part of Donald Parritt, a teenager, he had a revelation. In 1970 in London, he directed  William Inge’s Bus Stop, which with a cast that included Keir Dullea and Lee Remick. “I stumbled into directing,” he said in a 1999 panel discussion for the American Theater Wing series “Working in the Theater.”  In 1966, just after directing the Coward play, he directed After the Rain, John Bowen’s play about survivors of a flood. It came to New York the next year, and Matalon had his first Broadway credit. Matalon, after directing Noël Coward in London in his final stage appearance became a regular on Broadway. Noël Coward in Two Keys, came to Broadway in 1974, with a cast that included Hume Cronyn and Jessica Tandy. Matalon’s, busiest year on Broadway was 1980, where he briefly had three shows running at once — Morning’s at Seven, the revival of “Brigadoon” and the Arthur Miller play The American Clock. In 1983, he directed the musical The Tap Dance Kid, which earned him a nomination for best direction of a musical, as well as a 1983 revival of The Corn Is Green starring Cicely Tyson. 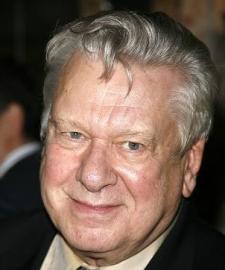 Brian Murray was a South African actor and director. Arriving in New York in 1964 with the Royal Shakespeare Company touring production of King Lear, the show would go on to earn three Tony Award nominations. His onscreen credits include The Angry Silence, The League Gentlemen, and voice work in Disney’s Treasure Planet and the independent animated feature My Dog Tulip. Murray made his Broadway debut in All in Good Time in 1965 and has gone on to celebrated performances in Rosencrantz and Guildenstern Are Dead, Sleuth, Da, Noises Off, The Little Foxes, Twelfth Night, Uncle Vanya, The Crucible, and The Rivals, a Drama Desk Award for Outstanding Featured Actor in a Play for The Little Foxes, and seven Tony and Drama Desk nominations. He made his directorial debut in 1973 with a revival of The Waltz of the Toreadors and directed productions of Hay Fever, Arsenic and Old Lace, Blithe Spirit, and The Show Off.  He died at 80 of natural causes. 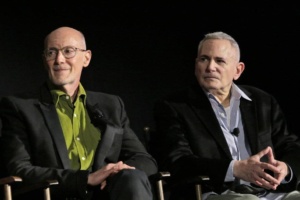 Producer Craig Zadan, love for musical theater allowed films like Chicago, Hairspray and Gypsy, starring Bette Midler, Footloose and the television show “Smash”. He also brought back the TV musical along with his producing partner Neil Meron.  Zadan produced all of NBC’s recent live musicals, and was tapped to produce the live musical version of “Hair” in the spring of this year. On Broadway, Zadan and Meron produced the revivals of How to Succeed in Business Without Really Trying in 2011 and Promises, Promises in 2010. Zadan directed the Broadway revue Up in One in 1979. Zadan died from complications following shoulder replacement surgery.

Suzanna BowlingSeptember 20, 2022
Read More
Scroll for more
Tap
Midnight at the Never Get and the 2018/ 2019 York Theatre Season
Jana Robbins and Haley Swindal Talk About Their New Show… The Songs of Kander and Ebb