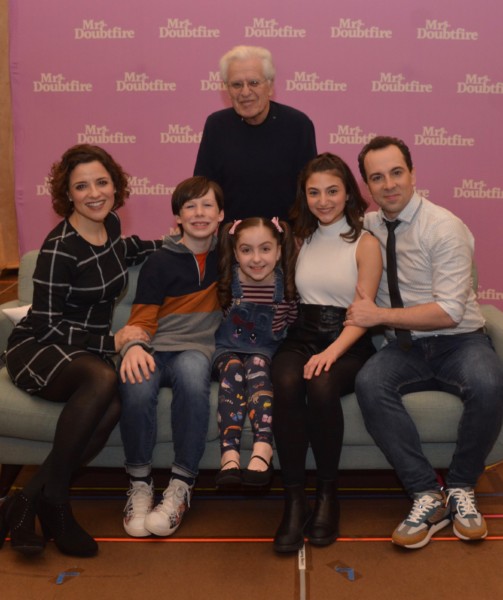 Broadway’s Mrs. Doubtfire met the press at their rehearsal studio this morning.

The show is directed by theatre legend and 4 time Tony winner Jerry Zaks.