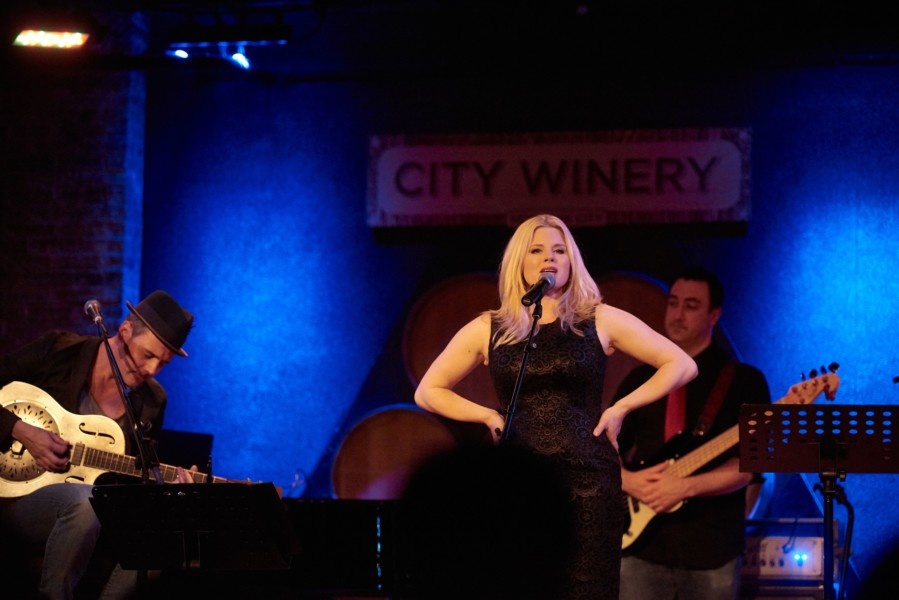 TodayTix celebrated the concept album release of “Brownstone,” a new musical written by acclaimed singer/songwriter Brian Gallagher, with a one-night only concert at City Winery (155 Varick St.) last night as part of the TodayTix Presents series. The sold-out show featured performances from Gallagher himself, along with Megan Hilty, Celisse Henderson, Matt Cusson and Erica Sweany.

Gallagher, who also wrote the new work, took the audience on the musical journey of “Brownstone,” a new gritty, rock ‘n’ roll thriller, that follows the murderous Odd Mrs. Dodd as she stalks and ultimately dispatches each of the inhabitants of her four-story brownstone in the East Village of New York City.

Gallagher is a singer/songwriter and guitarist whose album, “All That’s Ahead,” debuted at #1 on the iTunes blues charts to rave reviews. When he’s not writing or recording, he’s touring with his wife, Megan Hilty. He is featured on Megan’s PBS special, “Great Performances,” which aired May 24, 2019. Gallagher was most recently seen on stage in the most recent Broadway revival of “Jekyll and Hyde” and the New York City debut of the rock musical, “CHIX 6.”

Megan Hilty played Glinda the Good Witch in “Wicked,” Doralee Rhodes in “9 to 5 the Musical,” and was Tony-nominated as Brooke Ashton in “Noises Off.” She’s probably best known for starring as Ivy Lynn on the musical-drama series, “Smash,” and co-starring opposite Sean Hayes on the NBC sitcom, “Sean Saves The World.” Megan has released three full-length albums, “It Happens All The Time,” “Megan Hilty: Live At The Cafe Carlyle,” and “A Merry Little Christmas,” and is heavily featured on two of Brian Gallagher’s LPs, “All That’s Ahead” and “Brownstone.” This June, Megan will headline her own show at the Sydney Opera House. Suzanna BowlingJanuary 21, 2022
Read More
Scroll for more
Tap
Could It Be Magic Barry Manilow Returns To Broadway
The fabulous Luba Mason Will Share all at The Green Room 42