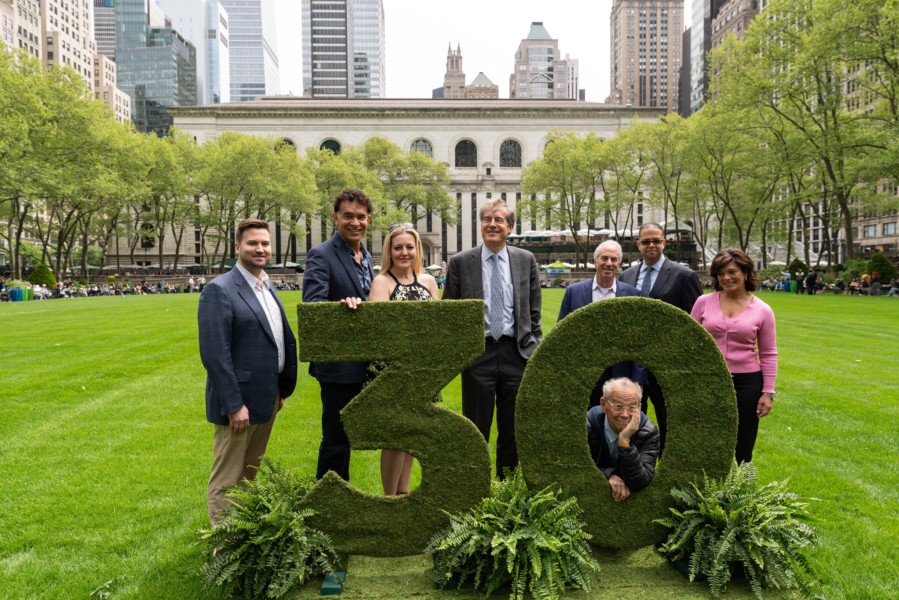 The presentation was followed by a ceremonial ribbon-cutting to officially open the Bryant Park lawn for the season, with a special performance by the Bryant Park Big Band, HONK NYC!

Bryant Park President Dan Biederman began the day with a speech on the history and importance of the park to New York City, followed by Tony Award Winner and Broadway Legend Brian Stokes Mitchell speaking to the significance of the park to arts and entertainment. Tony Award Nominee Jennifer Simard was also in attendance to celebrate the day.

This spring marks the 30th anniversary of Bryant Park’s 1992 reopening after an extensive redesign and revitalization. Through Bryant Park Corporation’s commitment to revitalizing Midtown Manhattan, the park has evolved into an urban oasis that is home to a lush lawn and extensive plantings and many free activities like games, fitness classes, and literary discussions. Much of Bryant Park Corporation’s success is a result of its vigilant care and robust year-round programming including iconic, world-class events and experiences such as Movie Nights, Picnic Performances, and Bank of America Winter Village. Celebrations for the park’s 30-year milestone will continue throughout the spring and summer months for locals and tourists to enjoy.