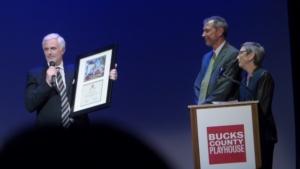 Saturday night, April 22, 2017 Academy Award winner Shirley Jones was inducted into the Bucks County Playhouse Hall of Fame during a benefit concert, created and hosted by Ted Chapin of the Rodgers and Hammerstein Organization. Directed by Josh Rhodes (Broadway’s Cinderella), with musical direction by Grammy nominee, David Dabbon (Sondheim on Sondheim) the event was a night to behold. Ms. Jones could not attend the concert and pick up the award in person, so she had asked her multi-talented son Patrick Cassidy to accept the award on her behalf. She sent a video message, in which she related how influential Rogers and Hammerstein was to her career. 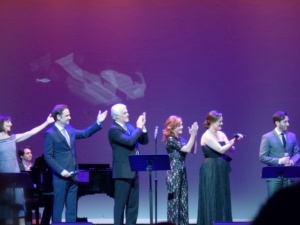 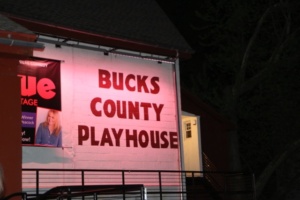