Bucolic Where Murder is the New Normal 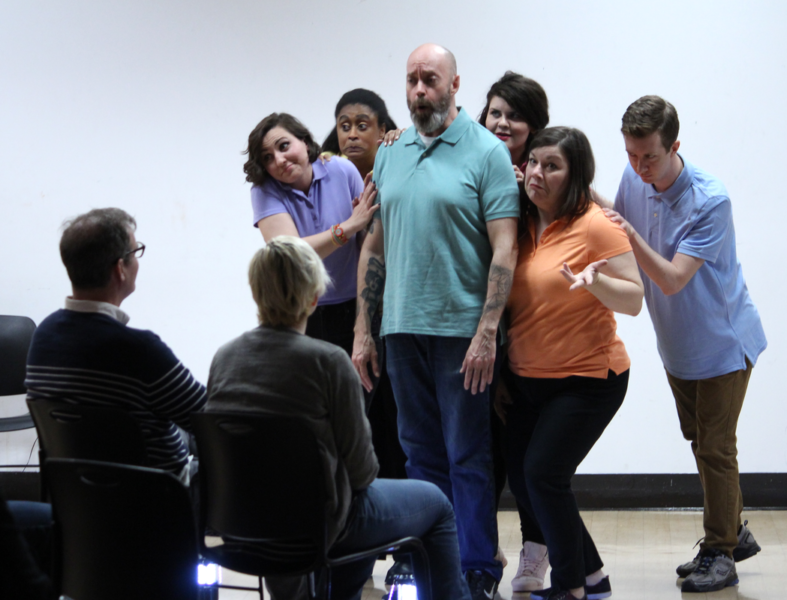 Bucolic Where Murder is the New Normal

Tang and animal crackers await you at the fluorescent basement at Judson Memorial Church. Lauren Maul’s autobiographical musical Bucolic will have you never wanting to visit Nebraska. Life spans’ there are not long, so we are told by a priest (Michael Harren) in one of the first of 15 songs, that are more ditties, than actual songs with melodies and cleverly set lyrics.

Maul is a satirical downtown comedian, who when delivering her own material is darkly funny. I would have rather spent an evening with her just telling these tales from the cript with her rather deadpan approach. The tales themself are gruesome and macabre, but interesting. The music not so much.

We meet a real estate agent (Lady Kate Webber) we tells us in the dark about a husband, who murdered his whole family, as she holds a flashlight under her chin. Her tag line is just paint.

Next a group of gleeful schoolgirls delight with a shadow-puppet show about Wolf Chain, a legendary monster, before the real thing appears. Maul has a background in puppetry and it is well served here by I think Maul, since no-one is credited as the director.

During diner Maul’s dad (Tim Girrbach), describes liquefying a cadaver and comparing it to the spaghetti on the table. How Maul did not become anorexia is beyond me.

My favorite performer of the night Jenn Wehrung, has the vocals and the comedic chops to make the most of this material, explained how she was stalking a boy and loved him in her mind. I would like to see more of this young Kaye Ballard type performer.

The priest, back again tells a fourth grader (Tahlia Robinson), “there are no kittens in heaven”. Thankfully the child rebels and tells the Priest a thing or two.

At one point thimbles of scotch are given out and the audience did seem appreciative of this kind of humor. The tales of the inordinate amount of murders and deaths that took place in Nebraska, has you wondering why anyone stayed.