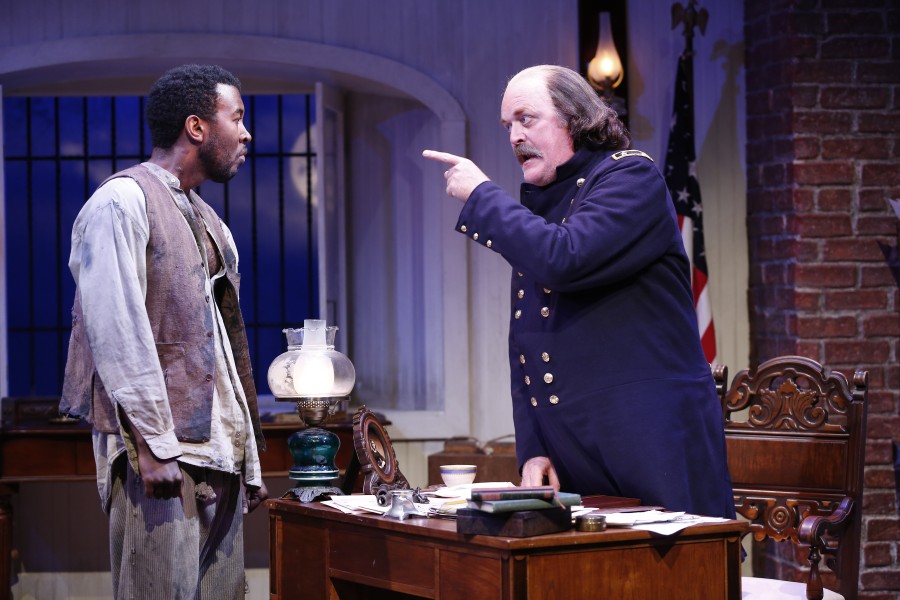 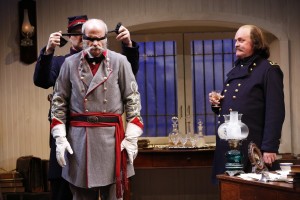 Richard Strand’s historical drama-comedy Butler, tells the tale of a history that has been forgotten and somewhat hidden. Butler, explains how humans became contraband to help the slaves escape the South’s brutal slavery practices. During the American Civil War in 1861, at Fort Monroe in Virginia’s Hampton Roads, Major General Franklin Butler (Ames Adamson), commander, learns that three slaves had made their way across Hampton Roads harbor from Confederate-occupied Norfolk County, and presented themselves at Union-held Fort Monroe. General Butler refused to return the escaped slaves to slaveholders who supported the Confederacy. This amounted to classifying them as “contraband.” The three slaves, Frank Baker, James Townsend and Sheppard Mallory, had been leased by their masters to the Confederate Army to help construct defense batteries at Sewell’s Point, across the mouth of Hampton Roads from the Union-held Fort Monroe. They escaped at night and rowed a skiff to Old Point Comfort, where they sought asylum at Fort Monroe. When Confederate Major John B. Cary (David Sitler) requested their return, Butler refused the request.

In Butler the slave Mallory (John G. Williams ) intrigues Butler with his mind. Mallory is educated and intelligent, grasping ideas and concepts that win over Butler. Butler, a lawyer who has only been in the army a month can identify with this oddity. The two are like two peas in a pod. Butler tries to get Mallory to escape but Mallory explains he has no where to go so when When Confederate Major John B. Cary (David Sitler) requested their return, Butler refused the request and terms the word “contraband.”

Butler, premiered in 2014 at the New Jersey Repertory and it is witty, intelligent and smart. The cat and mouse verbal repartee between Mallory and Butler is fast paced thanks to Joseph Discher’s direction. It does’t hurt to have an excellent cast especially with Adamson and Williams. Also commendable is Benjamin Sterling as the Lieutenant Kelly who originally hates Mallory but sides with him after meeting Cary.

In history Butlers first name was really Benjamin, but in researching most of the facts in the play seem accurate.

This play shows home far and how little we have come. It is not the color of our skin that makes us intelligent, savvy and a value to society it is our brains and our hearts.