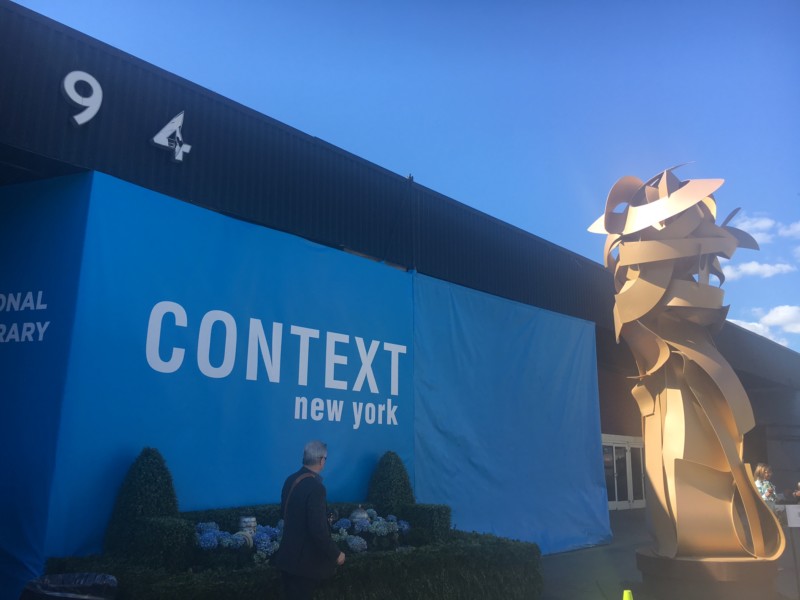 If you an art lover looking to make plans this weekend look no further.

Art New York and CONTEXT New York, presented by Art Miami, the leading U.S. based producer of international contemporary and modern art fairs, is hosting part of New York Art Week wat Pier 94. The fairs will run through to Sunday, May 7th and present important works of art from the 20th and 21st centuries from 120 international galleries, representing more than 1,200 artists from 50 countries. VIP Card holders are being offered private complimentary transportation to the fair.

The show is wonderful, well-thought out and plenty to see in all mediums. 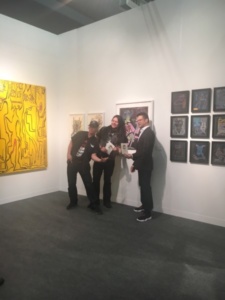 “May has become the most important time in New York for the art market, attracting international collectors, curators and museum professionals, all looking to acquire the most important and freshest works the market has to offer,” said Nick Korniloff, Executive Vice President of Art Miami. “Art New York and CONTEXT New York continue to grow in quality and presence, and Pier 94 has quickly become the most important and proven venue for the exhibition and acquisition of the arts in New York. The fairs’ goal is to continue to compliment auctions, FRIEZE and others, by offering the most discerning, culturally savvy audience of collectors an alternative world class fair to enhance their existing collection, or provide a new collector the opportunity to develop a collection with confidence in the most accessible manner.”

Art New York and CONTEXT New York boast a selection of the most significant galleries that have exhibited at Art Miami, Art Basel, Design Miami, The Armory Show, Masterpiece, Expo Chicago and Art Dealers Association of America’s The Art Show, among many others. Art New York Fair Director Katelijne De Backer has handpicked a roster of galleries that will display the finest blue chip modern and contemporary works. 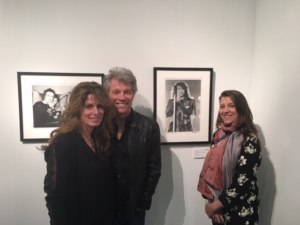 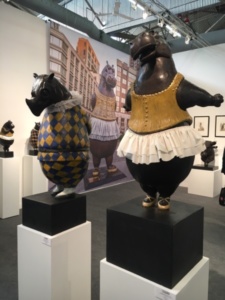 At Art New York, the 1AN Symposium will bring together leading advisors, dealers, curators, critics and artists to speak on a range of topics to help you buy, maintain, protect and sell works of art. The programs will start at 2:00 PM daily in the Café area, with highlights including:

Here are some great highlights to check out:

Women in the Arts

This panel, featuring prominent women in the arts, will uncover the ground-breaking ways in which women are disrupting and innovating culture.

New York’s artists have made a giant impact on the art world with the rise of art-as-popular-culture. This panel will discuss the city’s electrifying cultural scene and the artists that have left their mark.

Famed photographer Bob Gruen and rock and roll icon, Jason Newsted of Metallica, will talk about their combined exhibition ROCKERS RAWK. The artists will be on-hand for a Q&A session after the discussion.

Can political art change the world? History and current examples show that it can. This panel will discuss how art touches people at deeper emotional levels, conveying what cannot be said with simple facts.

How to Approach Selling Your Collection

Are you looking to sell artwork that no longer fits your aesthetic? Or perhaps you are downsizing and need to let go of certain pieces? Our experts explain your options.

Real Fake: The Rise and Fall of Art Scammers

Forgery is not a new problem, but the art world continues to be rocked by forgery scandals. Hear from our experts as they tell stories of fraud in the art world.

55th Street at West Side Highway