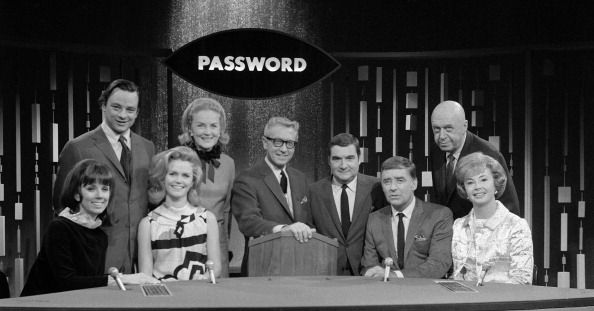 As America eagerly awaits a reopening of Broadway, BUZZR TV pays tribute to the performing arts with fresh episodes of Password, I’ve Got A Secret and What’s My Line? featuring truly beloved Broadway legends!

On Sunday, May 16th it’s showtime with the likes of Julie Andrews, Stephen Sondheim, Chita Rivera, Joel Grey, Florence Henderson, Bob Holiday, Larry Kert – and there’s not a bad seat in the house (or on your sofa).

Curtain’s up from 3pm EST – 7pm EST and the matinee programming opens with an exceptionally rare Stephen Sondheim appearance on Password. In this episode, which originally aired on Christmas in 1966, Sondheim plays special guest to his Anyone Can Whistle star and Hollywood icon, Lee Remick. A rare moment in television history, BUZZR is the ONLY place you’ll be able to watch this once “lost” episode which has never been seen in over 50 years!

Next up, catch Bob Holiday (who originated the role of Superman in the Broadway musical, It’s a Bird… It’s A Plane… It’s Superman) playing I’ve Got A Secret.

Then there’s What’s My Line? starring young “Mystery Guest” Julie Andrews on the game show’s 500th episode. At the time of filming, Ms. Andrews was hot off the success of her work in My Fair Lady and was just emerging as a household television star.

And finally, see Chita Rivera (famously Anita in West Side Story) appearing as the Mystery Guest in What’s My Line? at the time she was rehearsing for the musical, Chicago.

Broadway may be dark at this very moment, but thanks to America’s favorite retro game show network, the neon lights are shining bright on BUZZR Broadway Matinee