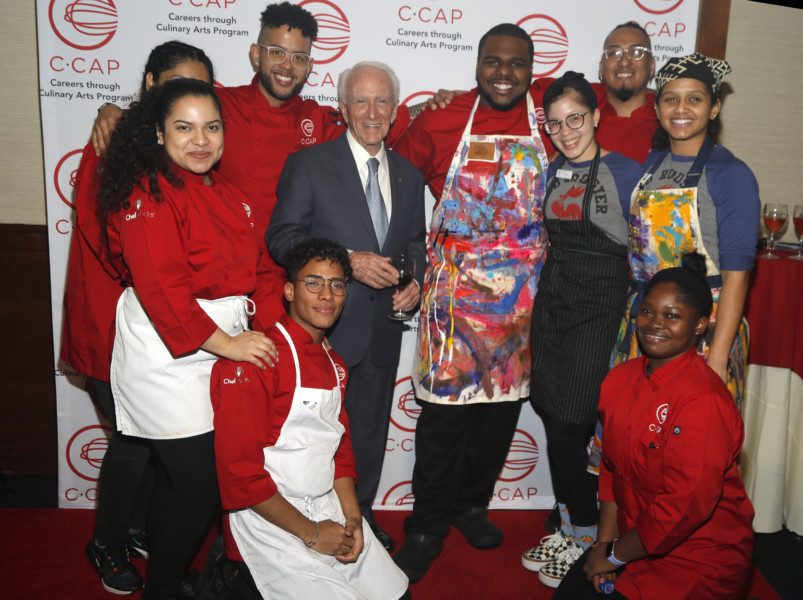 Pier 60 at Chelsea Piers on February 25 was the place to be seen and where tastes to be had in epic style. The 30TH Anniversary Benefit honored two industry icons – Richard Grausman, Founder of C-CAP, and world-renowned restaurateur, Sarabeth Levine.

“Thirty years! This is amazing!” stated Marcus Samuelsson from the stage during the presentation.

Talented C-CAP students and alumni highlighted their culinary skills alongside the chefs at the beautiful affair. Hundreds of guests enjoyed incredible signature dishes by the hottest chefs along with world-class wines by Heitz Cellar, cocktails and specialty Vodka drinks by Tito’s top mixologists.

“I want to thank everybody who joined us in supporting our special C-CAP 30th Anniversary Benefit. I’m gratified to be recognized by my peers and honored for my work with C-CAP. I look forward to many more successful years and continuing to work with the chefs and students who are my extended family,” said Richard Grausman, C-CAP Founder & Chair Emeritus.

Check Out The Trippy ZeroSpace
Historic: To Kill a Mockingbird Played to 18,000 School Children at Madison Square Garden