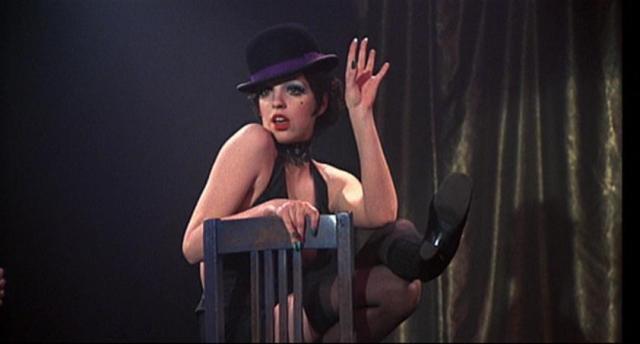 BroadwayHD, the premiere streaming service for theater fans, is warming up the winter weather with a hot new lineup of titles this month.  On December 5, BroadwayHD starts the month with the critically-acclaimed musical film Cabaret starring Tony and Academy Award winner Liza Minnelli and Joel Grey. Del Shores’ one-man-show, Six Characters in Search of a Play, which brings to life six one-of-a-kind characters he has met in real life, will be available exclusively on December 3. Christopher Weldon’s exuberant three act ballet, Alice in Wonderland, commissioned by the Royal Ballet, makes its debut on the streaming service December 24 with an explosion of color stage magic and inventive, sophisticated choreography. Also, in celebration of Noel Coward’s 120th Birthday, BroadwayHD will premiere Collins Meets Coward starring Joan Collins on December 16 as well as the acclaimed commentary program Stravinsky Staged: The Firebird and Les Noces ballets on December 10 and St. Matthew Passion concert on December 24th.

Additionally, BroadwayHD is getting into the holiday spirit with a cheerful playlist debuting in December, including jolly performances like Irving Berlin’s Holiday Inn (Broadway Production), A Christmas Carol, She Loves Me (Broadway Production), The Nutcracker Ballet, The MeshugaNutcracker!, Dan Goggin’s Nuncrackers and other holiday favorites!

Finally, BroadwayHD is celebrating the arrival of Cats in movie theaters December 20th with an Andrew Lloyd Webber rail, featuring an array of the famed composers most beloved productions such including a video capture of the original stage production of Cats, Phantom of the Opera, Love Never Dies, and Joseph and the Amazing Technicolor Dreamcoat.

“The Holidays are the perfect time to cozy up on the couch with the family, enjoy a bit of cocoa, and hours of exciting performances on BroadwayHD,” said BroadwayHD co-founders, award-winning producers and filmmakers Stewart F. Lane and Bonnie Comley. “From the iconic Cabaret for the adults, to Christopher Wheelden’s Alice in Wonderland ballet and our holiday playlist which is perfect for co-viewing with the kids, December will be a great month for viewers to check out what’s new on the service.”

See below for a full line-up of what BroadwayHD subscribers can see starting this December:

●        December 3, 2019 – Six Characters in Search of a Play– From the Executive Producer of Queer As Folk and the creator of the highly acclaimed films Sordid Lives and Southern Baptist Sissies, Del Shores’ one-man play brings to life six one-of-a-kind characters he has met in real life that haven’t quite made it into one of his plays, films or TV shows. In 90 minutes, the audience heard the truth behind how he collected these eccentrics and their stories as he portrays his hilarious, off-the-rails encounters with them. The play and capture was directed by Del Shores’ long time collaborator Emerson Collins.

●        December 5, 2019 – Cabaret– The Academy Award winning musical film was directed by Bob Fosse, and stars Liza Minnelli, Michael York, and Joel Grey. Adapted from the Broadway show, this hard-hitting musical drama is set in decadent 1930s Berlin during Hitler’s rise to power. The film chronicles Cambridge student Brian Roberts’ friendship with the high-spirited Sally Bowles, a singer at the sleazy Kit Kat nightclub, where the anti-Semitic emcee sets a tone of debauchery.

This exciting program presents two of Stravinsky’s seminal works to scores commissioned by Serge Diaghilev for his Ballets Russes: The Firebird and Les Noces. Michael Berkeley and Deborah Bull discover more about the ballets and the people who created them. Deborah Bull also dances Nijinsky’s version of The Rite of Spring with choreography recreated by Millicent Hodson.

●        December 16, 2019 – Collins Meets Coward – This BBC series of eight, 30 minute plays are all based on the works of Noel Coward, originally titled “Tonight at 8:30” and stars Dynasty’s Joan Collins. The series of plays include Hands Across the Sea, The Red Peppers, The Astonished Heart, Family Album, Fumed Oak, Ways and Means, Still Life and Shadow Play.

●        December 24, 2019 – Alice in Wonderland Ballet – The three act ballet by Christopher Wheeldon with a scenario by Nicholas Wright was commissioned by The Royal Ballet, Covent Garden, and the National Ballet of Canada and had its world premiere on Monday, 28 February 2011. The ballet follows the classic storyline where Alice journey through Wonderland and encounters a world of countless strange and magical creatures. Christopher Wheeldon also directed the musical American In Paris, which is now streaming on BroadwayHD.

●        December 24, 2019 – St. Matthew Passion–  Jonathan Miller’s daring dramatization of Bach’s most famous work. Upon a text written by Picander (Christian Friedrich Henrici) sets chapters 26 and 27 of the Gospel of St. Matthew to what is widely regarded as one of the masterpieces of classical sacred music.  The whole production is in the round, with singers and orchestras in ordinary clothes.

BroadwayHD introduces award-winning theater from all across the globe with both classic and modern productions.  Fans can expect to see the full works of Shakespeare, awe-inspiring performances from Cirque du Soleil and a selection of the world’s greatest musical including Kinky Boots, Cats, 42nd Street, A Night With Janis Joplin, The Phantom of The Opera, The King and I, Sound of Music, and An American in Paris. All performances are adapted specifically for streaming audiences to maximize the entertainment experience.  To learn more about BroadwayHD, visit www.broadwayhd.com.