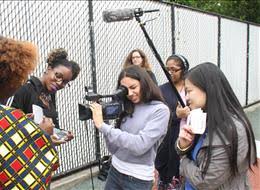 No submission fee is required for applications.

Each filmmaker will be paid a rental fee and a small honorarium for their participation in the screenings.

Submit Your Film via Submittable

ELIGIBILITY:
We are especially interested in films by immigrant and first generation women filmmakers but we encourage women who are not immigrants to submit work as well. Directors must be able to be in New York at the time of their screening. Films must have made within the last seven years.

Film Length: Films can be any running time.

Film Submission: Submit an online link. (Password must be good through April 30. The submission will be disqualified if the review panel is unable to screen the work with the link.)

Non-English: Films must have subtitles.

Completion Date: Films must have been completed within seven years.

Film can be theatrically released and U.S. television broadcast.