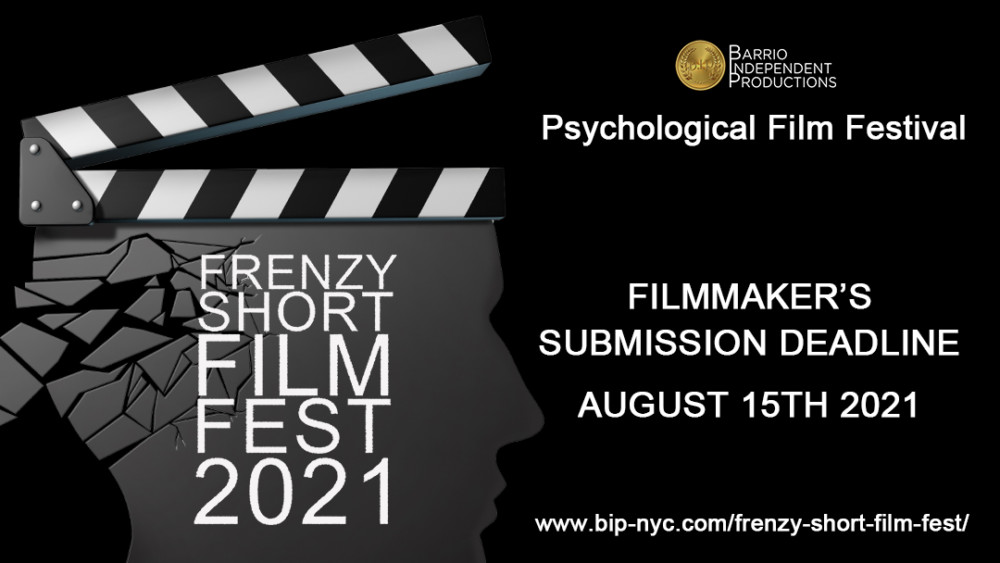 The Frenzy Short Film Fest is accepting entries until August 15th. Filmmakers are requested to send in their films with themes around social and psychological vulnerabilities.

The Frenzy Short Film Festival, which is produced by Barrio Independent Productions, aims to help raise the profile of independent filmmakers following its successful first edition in East Harlem that highlighted films around human psyche.

For their latest edition, filmmakers can submit their psychological short films that can be within any genre such as action/adventure, comedy, drama, science fiction, thriller/horror or historical dramas with a mental health point of focus. These can either be interpretive of mental health or address it directly within the storyline.

Films must also include a frenzy episode as part of this year’s main competition entry requirements.