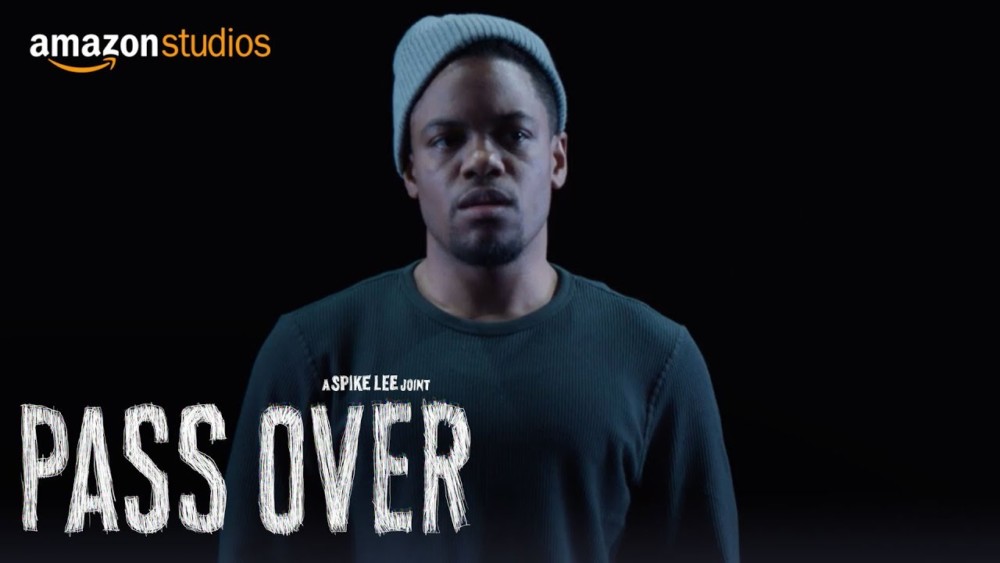 Antoinette Nwandu’s Pass Over which opened on Broadway, has been playing on Amazon Prime for months. Filmed in 2018 by Spike Lee, the film begins with a busload of black teenagers traveling to see a performance from the Steppenwolf Theatre Company in Chicago.

Lee who worked in close collaboration with the plays director Danya Taymor, staged this version to imitate a Chicago city block. Here Moses (Jon Michael Hill) and Kitch (Julian Parker), banter about being homeless, unemployed, fear and starving in more ways than one. They are just two young homeless African-American men who dream of passing over into the promised land, where lobster rolls, caviar, and dates with unattainable women will greet them.

Pass Over is like Waiting for Godot, with some lines from the Bible thrown in. What is said here is less important than how it is said, but expect profanity, F-bombs and the “N-word” to be used in abundance.

As gunshots pop off in the distance the two fear the police. I understand that Moses had a brother, who was killed by a cop, but they are basically homeless in the projects. Gun violence in that area for the most part is black on black. Why are they not afraid of that? The opening weekend on Broadway at least 41 were shot, 7 fatally and 2 mass shootings in Chicago. These two men are defined by their needs, their color, and by their suppression of white men, but never take responsibility for their own actions. How can they get ahead when they are resigned to their fate? These men are humorous at times and the camaraderie is infectious. Both Hill and Parker are wonderful actors

A white police officer, Ossifer (Blake DeLong), appears to harass, while Mister/Master (Ryan Hallahan), is a Southern hypocrite whose language consists of “gosh” and “golly gee.” Again stereotypical and how can we have conversations or meet in the middle if we don’t see people as individuals?

I look forward to hearing more from this playwright, as Pass Over has much to say, but the dialogue feels long winded and repetitive. Spike Lee is manipulative as he pans to his audience to get their reactions from certain dramatic portions of the play. Why not just let the play unfold?

Now on Amazon Prime and on Broadway at the August Wilson Theatre.

G. H. HARDINGSeptember 15, 2021
Read More
Scroll for more
Tap
Deaf West Is Back In The News
Jelani Remy Makes Us Proud at Feinstein’s/ 54 Below