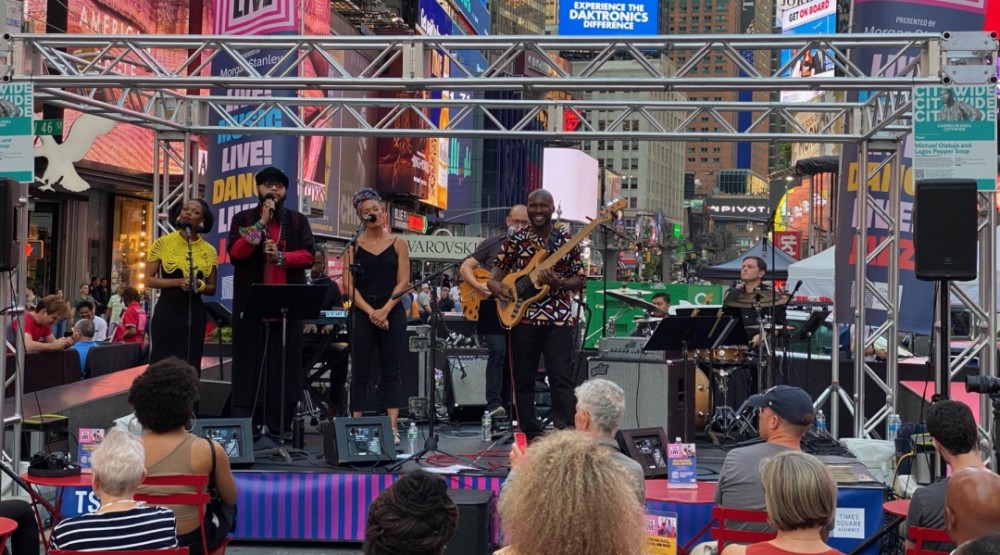 On September 23rd at 5pm at the Broadway Plaza between 45th and 46th Streets Carnegie Hall will host a free concerts in Times Square celebrating the sounds from across the country and around the globe.

The Westerlies are a self-described “accidental brass quartet,” featuring Riley Mulherkar, Chloe Rowlands, Andy Clausen, and Willem de Koch, blends elements of jazz, contemporary classical music, and American folk and roots into a distinctive and eminently listenable whole. Described as playing “chamber music with bracing melodies and, crucially, an undeniable sense of fun” by the Los Angeles Times, The Westerlies delight in constant juxtaposition, putting a rich new twist on old stylistic territories. They will be the guests on the 23rd.

Carnegie Hall’s mission is to present extraordinary music and musicians on the three stages of this legendary hall, to bring the transformative power of music to the widest possible audience, to provide visionary education programs, and to foster the future of music through the cultivation of new works, artists, and audiences.