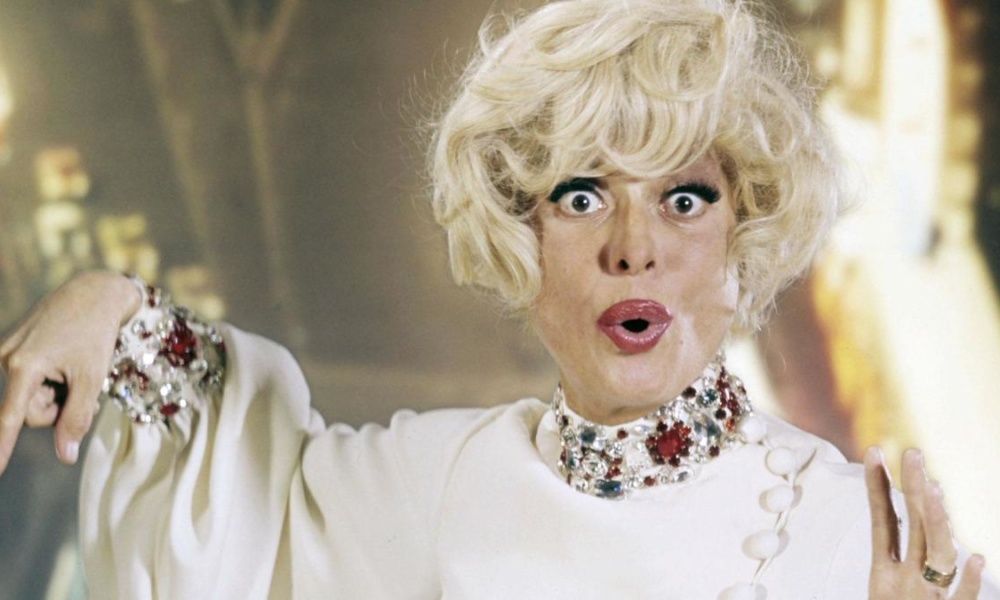 The legendary Broadway actress Carol Channing, who brought Lorelei Lee in Gentlemen Prefer Blondes and Dolly Levi in Hello, Dolly!  to life, passed away this morning in Rancho Mirage, Calif. Channing was 97. Channing would have turned 98 on January 31st.

A Seattle native Channing got her start in the 1949 Broadway play Gentlemen Prefer Blondes. In Hello, Dolly! she would  win the 1964 Tony Award for Best Actress in a Musical. Ms. Channing played Dolly for over  5,000 performances .

Channing was also nominated for Best Actress in a Musical. In 1956 for The Vamp, 1961 for Show Girl and 1974 for Lorelei. Altogether Ms. Channing 12 times.

In film she was seen in “The First Traveling Saleslady” and “Skidoo.” She was nominated for the Academy Award for Best Supporting Actress for “Thoroughly Modern Millie.”

Channing who was the first featured solo artist to appear during the halftime show at Super Bowl IV in 1970 in front of 80,000 people. She performed again in 1972, making her the first Super Bowl repeat performer.

She was inducted into the Grammy Hall of Fame for her work on “Hello, Dolly!” and received a Tony Awards Lifetime Achievement Award for her work with the AIDS and the Actors’ Fund.

Ms. Channing you were a unique individual who will be missed.