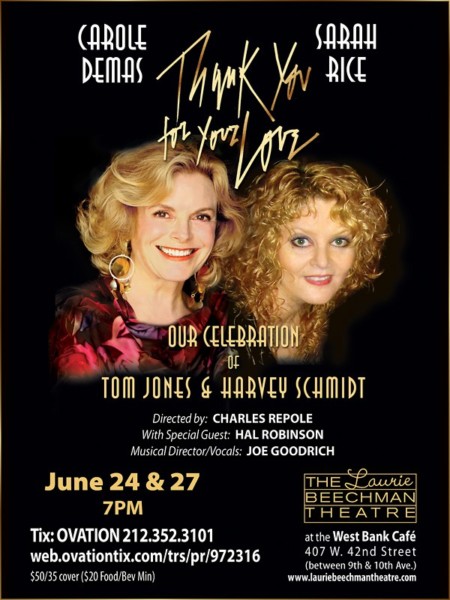 Broadway veterans Carole Demas, the original Sandy in Grease and Sarah Rice the original Johanna in Sweeney Todd, have teamed up to celebrate the music of Tom Jones and Harvey Schmidt, composers of The Fantasticks, 110 In The Shade, I D0! I D0! and more. Demas and Rice have based their show on their 50 years of work and personal relationships with Jones and Schmidt. 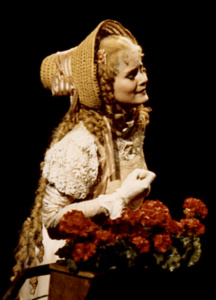 The show, titled Thank-You For Your Love, will be presented on June 24 and 27, 2017 at 7pm at The Laurie Beechman Theatre.

Demas and Rice each played Luisa in the long-running original production of The Fantasticks. From a personal perspective, they will share their love and appreciation of years of professional work and ongoing friendships with Jones and Schmidt. This unique offering of songs, multimedia, and funny and poignant backstage/onstage stories and beloved favorite songs from the iconic Broadway musical songbook.

The Laurie Beechman Theatre at the West Bank Café is located at 407 West 42nd Street.