Cars, Easter, Film and Art are a Plenty in April 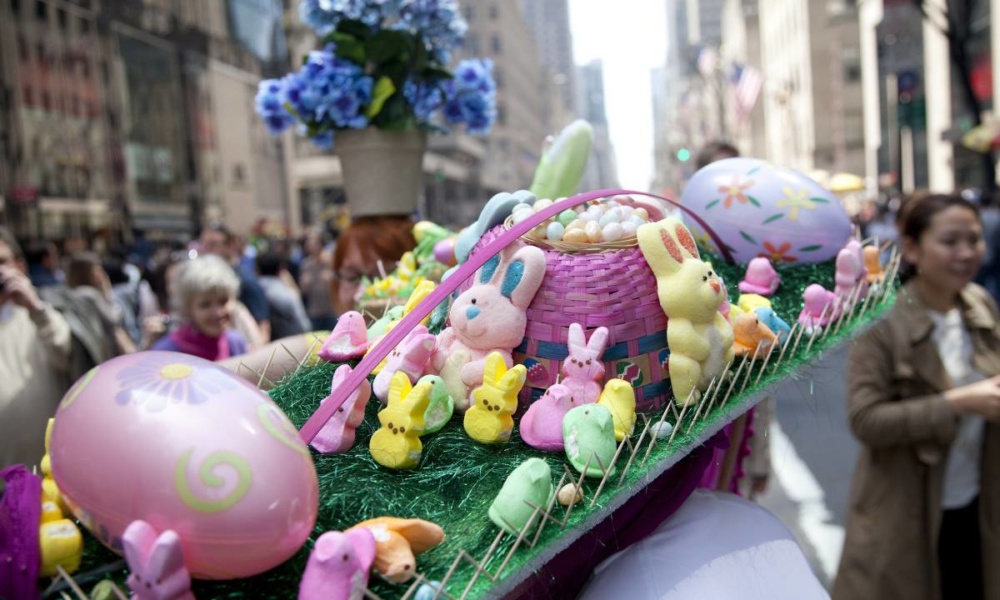 Cars, Easter, Film and Art are a Plenty in April

4/ 2 – 28: The Orchid Show fills the conservatory at the New York Botanical Garden with thousands of orchids in an amazing array of colors, shapes, sizes, and textures. Closed on Mondays except April 22.

4/ 5 – 7 Watch dozens of student teams compete with the robots they built during FIRST Robotics Competition at Armory Track. Free.

4/ 6 (2 to 4 p.m.): Celebrate Scotland by watching bagpipers, dogs, men in kilts, and women in plaid marching up Sixth Avenue from 45th to 55th in the New York Tartan Day Parade. Free.

4/ 6 (3 to 5 p.m.): Pillows fly and teddy bears soar at the giant urban Pillow Fight NYC. Bring a soft pillow that does not contain feathers to Washington Square Park. Free.

4/ 6: Taste hundreds of wines from around the world with live entertainment, interactive games, and food for sale during New York Wine Fest at The Tunnel for age 21+.

4/ 6 – 7: The Museum of Comic and Cartoon Art MoCCA Arts Festival features celebrity cartoonists and illustrators, art on display, and hundreds of small-press exhibitors at Metropolitan West.

4/ 7 – 20: (weekends): A ticket to Easter Bunny Express includes a 10-mile roundtrip train ride as the big bunny greets kids and the crew hands out treats, plus admission to the train museum in Whippany, NJ.

4/ 13 (1 to 5 p.m.): Watch Demonstrations in the Making of Pysanky (Ukrainian Easter Eggs) by artists using wax-resist batik, see a 14-minute film about pysanky, and visit the exhibition of pysanky at the Ukrainian Museum.

4/ 17 – 28: See a diverse collection of boundary-pushing nonfiction films at Art of the Real at Lincoln Center.

4/ 19 – 28: New York International Auto Show is billed as the nation’s first and most attended at Jacob Javits Center.

4/ 21: Wear an extravagant hat or festive costume and join the people strolling on Fifth Avenue from 49th to 57th Streets in the Easter Parade and Bonnet Festival. It is usually described in the official street closures as “Easter Sunday Mass” from 10 a.m. to 3 p.m. Free.

4/ 22: A ticket to Earth Day 5K Green Tour gets you a 3-hour group tour of “green” projects around New York City.

4/ 27: Wine on Wheels features 200 wines served by 60 sommeliers with hors d’oeuvres, plus 20-minute wine seminars and an auction at City Winery.