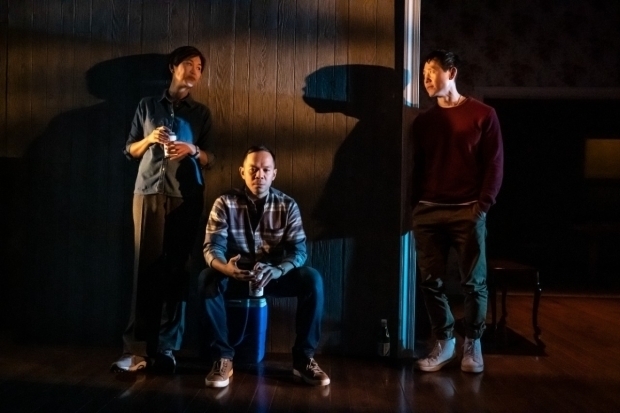 Mia Chung’s Catch as Catch Can closed yesterday at Playwrights Horizons. This highly confusing, play seems more like a showcase for actors to show thier talent, than a play for the audience. The three actors Jon Norman Schneider, Rob Yang and Cindy Cheung play their parents and their children. The men play their mothers and the woman her father. 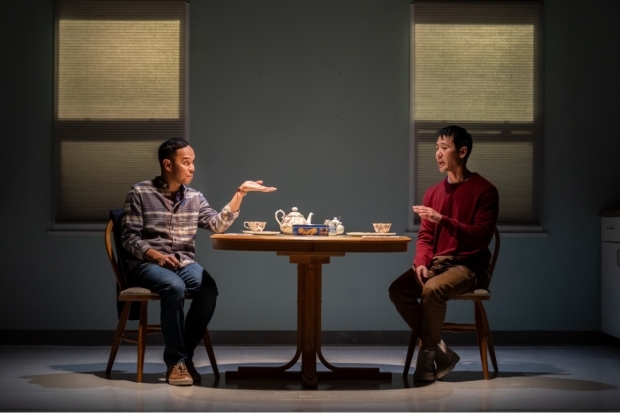 We first meet Roberta Lavecchia (Schneider) and Theresa Phelan (Yang) who are middle-aged, Italian mother’s from New England. As they share tea, they gossip and make judgements about the royal family and race. Roberta’s son Robbie (Schneider), recently divorced a Chinese woman. Theresa’s son Tim (Yang), is engaged to a Korean, Mingjung, who the mother is not thrilled with. Then there’s Daniela Lavecchia (Cindy Cheung), who’s father is the only one who understands her. Unless you know this information it takes awhile to realize this is what is going on.

As 14 scenes flash by, separated by blackouts, the audience is left bewildered, as nothing seems to be what is playing out. The Christmas scene is the most confusing as the actors pivot back and forth in character transition.

For a 150 minutes we are trapped, as secrets are reviled and one man is bent on self-harm.

As the performers showcase their immense talent, we are lost in translation as to what the play is about. Thier quick transitions leave the audience not caring and turning off. Even Daniel Aukin’s direction really doesn’t show us the murky boundaries between parents and children, which seems to be at the heart of this play.

Catch as Catch Can had their world premiere in 2018, and was highly successful.